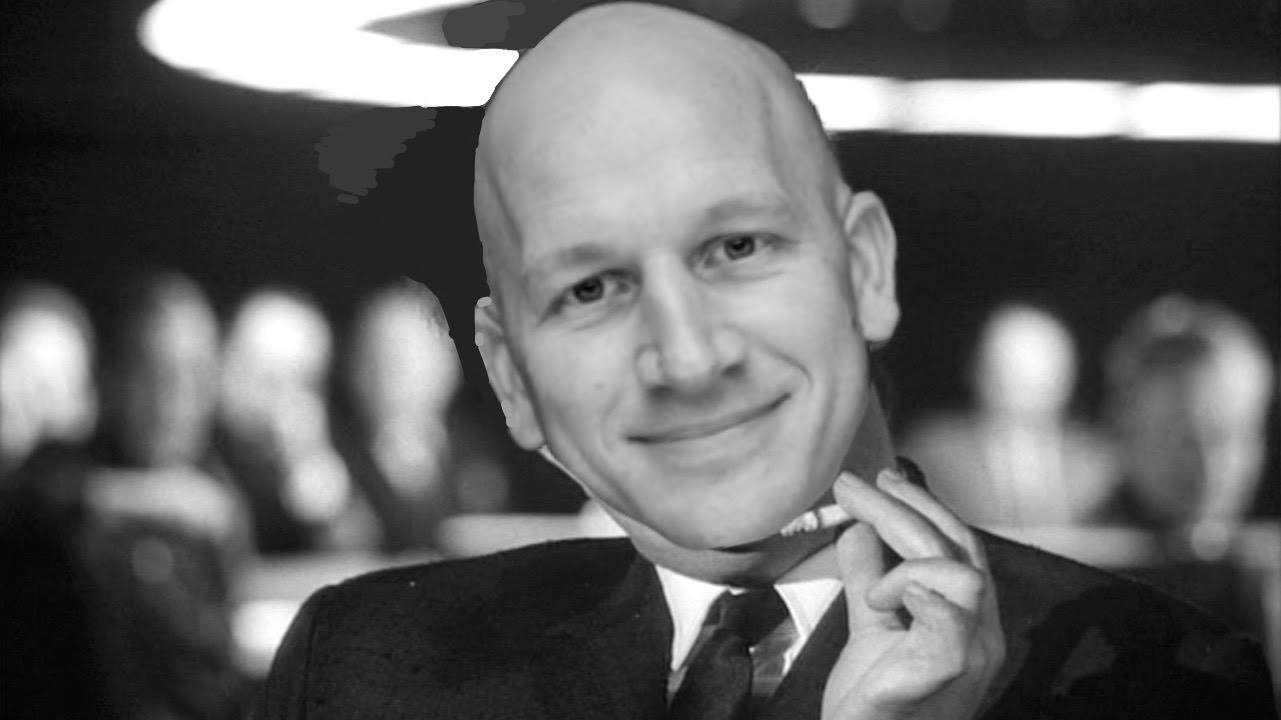 Or, how I learned to quit worrying and love Tennessee week.

Beating Auburn on College Gameday. Our first bowl berth in 26 years. Tim Tebow making Jesus blush with the things he did to our defense. Turkey insemination lessons. Wasting my breath telling my friends all we needed was a good coach to win. Hiring CJF. Moving to LA and missing the CJF era in person (bowl games excluded, I traveled more than Jeff Green for those). Then the Derek Mason era... including hating on the "We The T" slogan and getting drenched in the Deep Water. Those were the days when Anchor of Gold was run by some guy named Christian and parlagi was just parlagi and not "SB Nation parlagi".

But in my time as a Vandy fan, nothing was or is quite like the energy and hatred around the last game with UT. You see, it didn't matter who was good or who was bad, we almost always found a way to stick around until the end of the game. Then blow it to a chorus of "SOV" from fans in pumpkin entrails. We put the fear of God in the garbage truck workers multiple times, but the frustration built over the failure to close. And it always seemed like they were the one hurdle remaining between us and bowl eligibility - even if not. It always felt like something significant was on the line and like we had a chance.

No wonder I found myself back at AoG this year, it's Deja Vu - complete with a supposed 6.8% chance to pull off the upset per ESPN, even after the USCe debacle.

With extra time on my hands, it got me thinking - what are our actual odds to make a bowl game? Could I see something new - Vanderbilt slide in as a 5-7 APR-eligible bowl team? We're great at academics, right? ... right?

There were some results from this weekend that greatly hurt Vanderbilt's bowl chances, at least for a 5-7 team. I could go into these, but it doesn't change anything now.

After the conclusion of Week 12, there are 73 bowl-eligible teams with 6 or more wins. There are 82 total bowl slots available. That leaves nine open slots for teams qualifying in Week 13... and if there aren't enough teams qualified for all of the slots, then some unique paths to bowls open up for teams with less than 6 wins.

Note: Only one of those 6 wins can come against non-FBS competition. We have two teams (App State and Army) with two wins each against FCS teams. The second FCS win is deemed "not qualified" by the NCAA, and therefore I do not count those wins in the totals. We will get to this more later.

Pulled from the NCAA Division I manual, if there are not enough teams to fill all the available bowl slots, additional teams are selected in the following order:

Teams qualify in the following order:

Someone can correct me if I'm wrong here, but I don't know any teams that fall under categories 1 to 3. So, on to APR rankings and eligibility.

Believe it or not, Vandy is tied for 57th in APR. No, APR does not scale based off of school academic rankings. If anything, being a better school likely makes it harder to maintain a stellar APR. Here is the definition, again from the NCAA:

The APR is calculated as follows:

If you think that's a joke, Ole Miss is tied for 1st in APR and can't count up to how many points Arkansas scored on them with Clemson. Oh, and Auburn and Missouri qualify for an APR bowl before us.

The system that can be gamed, will be gamed.

Vanderbilt is tied for 57th in APR with three other teams. That means, theoretically, there are 59 teams ahead of or tied with us for APR. Of those teams, eight already have 5 wins. One of those eight is tied with us in APR.

Additionally, seven teams have 4 wins and would be ahead of Vandy with a win in the final week. And there are another nine teams below us in APR with 5 wins who will jump any APR teams and become bowl-eligible with a win.

The breakdown of teams is as-follows (in order of declining APR for those applicable teams):

What're the odds of an APR bowl berth?

Well, to find this probability, we have to make a few more assumptions. First, an APR berth assumes we lose in the final week to Tennessee to finish 5-7. Second, it assumes that no teams qualify for the categories 1 to 3 under the "Paths to Bowl Eligibility". Third, we'll assume we have the APR tiebreaker with Ball State because "Harvard of the South" or something. (Note: we do actually have the tiebreaker based off of having a higher APR in 2020)

Next, let's examine the schedule. Do any of those 5-win bubble teams play each other? Yes. App State plays at Georgia Southern. The "Deeper than Hate" Sun Belt rivalry is a de facto bowl play-in game. Given they are both below Vanderbilt in APR, we can assume one more bowl slot is taken and remove both teams from the bubble list. Therefore, we have 74 slots taken now and only eight available.

Now let's apply some mathematical logic. If Vandy is to get an APR berth, it means that the seven teams ahead of us in APR with 5 wins are already locks for bowl games. It doesn't matter if they win their last game or not. Therefore, with 74 slots already taken, that means that the open bowl slots fall from eight to only one remaining.

For that one slot, there are then 15 teams that can claim that spot over us with a win next week: seven teams ahead of us in APR with 4 wins, and eight more teams behind us in APR with 5 wins (Ball State falls here). These teams would have to go a combined 0-15 next week in order for Vanderbilt to secure an APR bowl berth.

The good news is that none of the remaining teams play each other (which would guarantee at least one team wins and a Vandy APR berth would be statistically impossible).

Oh, Army has two games left, not one. So, technically, they can win as long as they lose to Navy.

Using ESPN analytics (match-up predictor) to estimate probabilities that a given team will lose its game next week(s) - and assuming that each game is an independent event - I can multiply all the relevant probabilities together to get the odds. (Note: The relevant event for Army is the probability they lose at least one game)

Yes, Vanderbilt does have a chance of making an APR bowl game.

The team most likely to take that final slot is UAB, who plays on the road at LA Tech and has a 78.9% chance to win.

Not exactly. In fact, there is one guaranteed way that Vanderbilt makes a bowl game once all is said and done next week: embrace the hate with everything on the line. Because this time it is.

Beat Tennessee. Win and in.

Or, how you learned to quit worrying and love Tennessee week.