Day 1 of the NCAA bowling championships kicks off at 9:00 AM CDT. Vandy is inexplicably the 2-seed in the Nebraska regional, along with 3-seed Mount St. Mary's and 4-seed Medaille.

The regional is double-elimination, so win or lose, Vandy will take on Nebraska or Medaille at 3:00 PM CDT later today.

This works like the Southland Conference championship. Teams bowl a traditional game, and then 5 Baker games. Highest pin count wins in both of those. If the two teams split those, they bowl of best-of-7 Baker set (where head-to-head scores count instead).

I don't actually know anything about the Mount, but they do have an excellent stats page. It looks like they're really good at throwing strikes, but then also really struggle when they have to pick up spares. 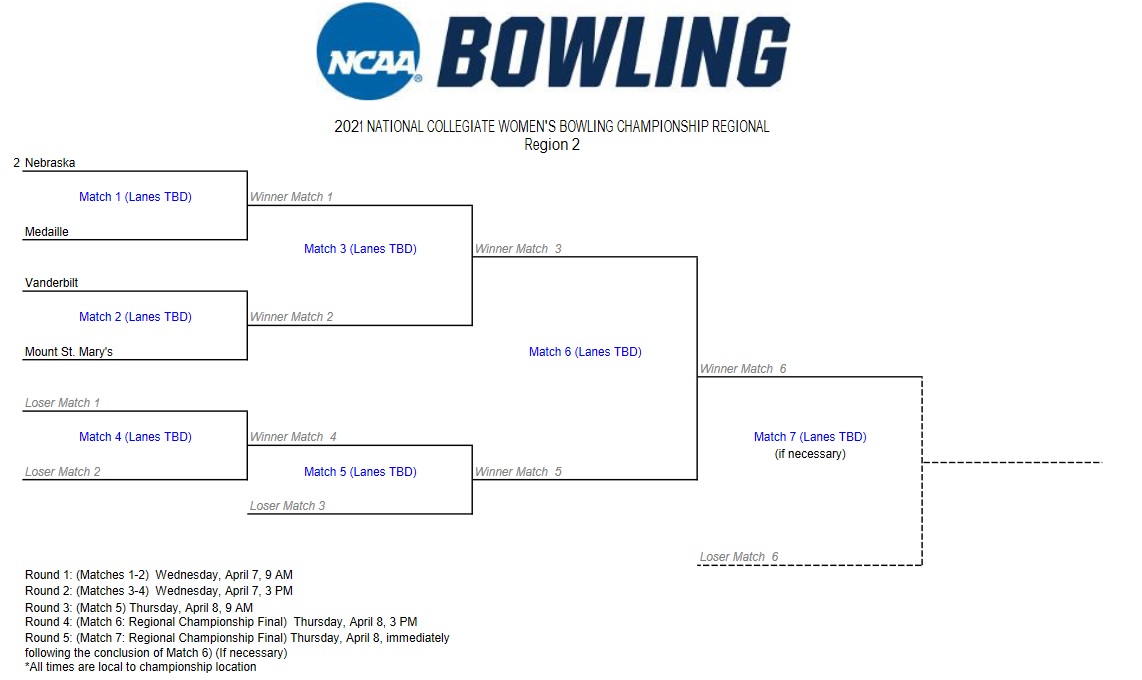 Here are links to the full PDF bracket with all 4 regionals, and to all video streams.

Opening Round Update: Vanderbilt defeated Mount St. Mary's 2-0. They'll take on Medaille next, after the D-3 Mavs pulled off a massive upset against Nebraska.

Second Round Update: Vanderbilt defeated Medaille 2-0, so they'll get a bye tomorrow morning. They'll get the Nebraska vs. Medaille winner tomorrow afternoon at 3:00 PM CDT.

If Vanderbilt loses that game, they'll immediately bowl a best of 7 to determine the regional winner.

Vanderbilt's bowling Twitter is invaluable for keeping track of scores, so give them a visit.

It looks like it's a pretty high-quality stream, and they've got an embedded scoreboard.