The Commodore Review: How Vanderbilt Really Looked in Their 41-3 Loss to Mississippi

Ole Miss destroyed Vanderbilt, 41-3. Now, fans are calling for Derek Mason's head. That's good news for Mason, though. You can survive in Nashville if the fans are mad - but you won't make it if they revert to not caring about Vandy entirely.

Share All sharing options for: The Commodore Review: How Vanderbilt Really Looked in Their 41-3 Loss to Mississippi

I get the feeling that the previous statement is something we'll all have to repeat throughout the 2014 football season. Derek Mason's Commodores didn't look any better in week two than they did when they got wrecked by Temple. Vandy failed to cover even the most pessimistic point spread in a 41-3 loss to Ole Miss. This rebuilding team took one of the SEC's most reliably entertaining rivalry games and ground it into the pavement, leaving a sea of empty seats to watch an ugly second half to which ESPN regrets giving a national timeslot.

The Rebels took the opening drive of the game 75 yards and scored the game-winning points just 4:32 into this matchup. Vanderbilt looked like they might respond early on when redshirt freshman Ralph Webb began carving up the Mississippi defense, but the 'Dores abandoned their run-first approach to take to the air. Then, quickly afterwards, the ground, as that's where 76 percent of Stephen Rivers passes ended up on Saturday.

Vandy stuck with Rivers, the LSU transfer, all afternoon. It was not effective.

The Commodores got their first offensive points of the season on Saturday, but they came after a -4 yard drive deep in Mississippi territory after a turnover. The defense got carved up to the point where Ole Miss's punter got to take the day off. Bo Wallace passed for 320 yards...before leaving with a 34-point lead in the third quarter.

This game was as bad as the Temple loss suggested it would be. Even Ole Miss fans had found a seat at the Gerst Haus before the fourth quarter came to a close. Now, Derek Mason and his staff are facing down a wave of hopelessness and apathy that follows the Vandy fanbase around after decades of losing. Mason can survive if his fans are angry with him - but he'll lose everything if Commodore fans just stop caring again.

Bobby Johnson made a career out of losing competitively and designed this Vanderbilt program into the team that James Franklin would take to three straight bowl games. Franklin built from that momentum and engaged more fans and recruits than any coach had ever done before in Nashville. So far, Mason hasn't been able to emulate either of those traits in his limited tenure. A failure to do so will disengage this team from a fanbase that has become notoriously fickle outside of a small group of dedicated boosters.

Rolling over UMass next week will help, especially if the offense finds some semblance of rhythm versus the Minutemen. If Vanderbilt can't do that, Mason may not be able to reclaim the fans that were praising his name back when he was hired last winter. 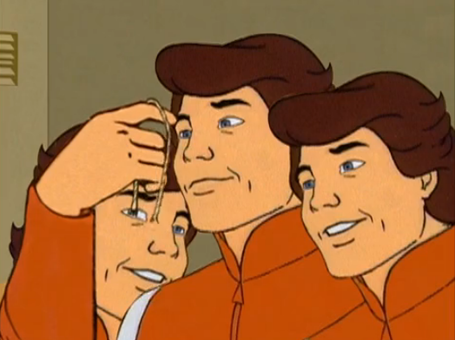 The PiBB Ice Player of the Week: This piece of string.

It could have been Webb after he proved to be the only semblance of an offensive threat on Saturday. Or it could have been Taylor or Bowden, who seemed to have a hand in most of Vandy's biggest defensive plays. However, this team a) has yet to score an offensive touchdown and b) is giving up 39 points per game. Make it two weeks in a row for this piece of string.