Catch up on all your AoG happenings right here.

Welcome to the first edition of "Saturday Morning Tailgate.  The aim of which is to feed my massive ego to get you up to speed with all the crap that's been going on this week.  LOTS of links below, but lucky you who's watching football all day, you've got time to read them all!  Because I'm a crazy person, I tried to tie it all into a sort of narrative.  Don't worry, when I'm rich and famous, I won't demand you give money to some poorly-defined charity just to get an autograph for your 8-year old son... like the Pirates did recently.

As y'all are aware by now, Vanderbilt had a humiliating loss last Thursday at the hands of the Temple Owls.  The only other time in history a team was so woefully under-prepared for an attack, it involved a large wooden horse.  It is is safe to say that nobody saw that coming.  While we certainly had our high hopes, 25 of the participants in the ATVS Survivor Pool met a gruesome week 1 fate because of the loss.

We've had a lot of reactions to this over the week.  Both CDA and VandyImport gave their usual post-game reports (here and here).  Sufficed to say, we've all been extremely disappointed in the team's performance.  Not so much in the fact that we lost (although yes, also very much losing to Temple), but that we lost so horribly.  We looked like we had literally nothing going for us.  Many of y'all agreed that the coaching staff just looked flummoxed, completely out of their element.  That's what is scaring a lot of us.  The loss itself would be bad enough, but the fact that the coaches just seemed so... detatched from what was happening is scary.  It does not instill anyone with any confidence that it will be fixed.

In case you're interested, that was definitely not a fumble on Rivers' part. To be clear once again, I definitely am not blaming the game on that fumble.  There's only so many times we can say we played like total crap and definitely owe the loss to our terrible play.  THAT BEING SAID, this blown call was a complete momentum buster.  Instead of going into halftime with a 14-10 or 14-7 lead, we instead wrongfully have to go in 21-7.  As we've talked about all week, I doubt the coaching corrections would have mattered, but it would have been a completely different second half had we gotten some offensive points to build on.

A Plea for Patience

It's too early to give up on this Vanderbilt team.

It's too early to give up on this Vanderbilt team.

Lucky for us, we've not been a complete mortuary this last week.  AoG newcomer VenerableSlinky gave an impassioned cry for some patience and to not declare the Mason era over before it starts.  In it, they make the correct assertion that this truly is the most talented Vanderbilt football team we've ever had.  As I said in the predictions thread, maybe those of you who remember football before electricity could say otherwise, but the simple fact is that James Franklin left us with the tools to succeed.  In addition, coaches also get first game jitters.  Let's not forget how angry we were after the Northwestern game.

VandyImport also chimed in with call for a revival fitting only for a University with a damned good divinity school.  Suffice to say, it's been a hard week to be a Vanderbilt fan.  However, we're Vanderbilt fans, we know upset and disappointment better than anyone.  Perhaps we've let our recent successes spoil us a little.  We definitely have every reason to be upset, but we don't have reason to believe the season is already over.

...Or do we?  Perhaps our staff became so enamored by their gameplan that they failed to see what was plainly in front of them.  Andrew VU'04 thinks so in his criticism of Vanderbilt's coaching staff.  In it, he brilliantly draws the parallels between teaching in the classroom versus teaching on the field.  The fundamental here is that you need to be malleable to adjust to the students.  Teachers who fail to do this become bad teachers, often too in love with their own creation.  Are the coaches a modern day Pygmalion?

"We're still and always will be embarrassed by our performance the last game. (We) realize it's history and just try to learn from it and try to play a whole bunch better and coach a whole bunch better the next time out, so that's where we are right now." -Steve "Spurdog" Spurrier

Mason may have had a look very much like that of my old intro astro students when I tried to explain the Robertson-Walker metric, that I can almost forgive.  More damningly, however, there doesn't seem to be any fire or urgency shown to the public this week.  When I listened to the Coach Mason call in show Monday, I heard no real energy or anger over the game.  Fans do always have a lot more energy and and anger over things than coaches, but this was something more.  We know that Mason is a much more calm and collected guy, and after Franklin, we may have gotten too used to an energetic coach.

This is the exact opposite reaction you want of your football coach after a loss like that.  Let's take South Carolina's embarrassing (although much less embarrassing) loss to Aggie earlier on Thursday.  In an interview earlier this week, Steve Spurrier said, "We're still and always will be embarrassed by our performance the last game. (We) realize it's history and just try to learn from it and try to play a whole bunch better and coach a whole bunch better the next time out, so that's where we are right now.". As one of our readers pointed out, NOTHING with that sentiment has been uttered by our coaches this week.  That scares me, it should scare you.

Now that I have the Vanderbilt-game mewling out of the way, here's a quick run-down of the close and important games from last week.

So we had a couple of surprising surges, but largely a lot of first week jitters.  The real travesty, if you ask me, is that FSU is the damned near unanimous #1. Auburn, on the other hand, handled business and acted like a national champion, whereas the actual national champions barely escaped.  It just goes to show that the coaches largely don't watch the games, especially early in the season. Alabama must have forgotten to send out their kickbacks this week as they got zero #1 votes, and even the media has been commenting on their lackluster game against WVU.  Also, someone put Temple at #25; I like to believe it was Mason.

I have be honest with y'all for a moment.  I'm a huge SEC homer.  I don't give a shit if it's Kentucky-Vanderbilt, Kentucky-Arkansas, I'm going to keep my eye on that game, sometimes to the neglect of other games I should be watching.  That being said, there is nothing going on in the SEC this week.  Our friends over at Team Speed Kills succinctly put it when they said that the SEC is going to get a ``sugar high''' from all the cupcakes the conference is playing this week.  Vanderbilt-Mississippi is the only SEC game of note, and with the way we played Thursday, it's no surprise that a lot of people aren't even calling it the SEC game of the week.  Gross.

It's not just the SEC taking an off-week fellas.

That said, CDA did you all the favor of not having to navigate the bad ESPN interface and provided you a cleaner table to look at all the action this weekend.  It's not just the SEC taking an off-week fellas.  Today is going to be a bad day of football.  Conspiracy theorists may want to start claiming it's all a plan to make opening day for the NFL look better.  Here's a few fun possible upset games you can keep your eye on today.  Click the team name for the preview from their SBN crazies.

MID-AFTERNOON TAILGATIN' GAME:
BOCCE (BECAUSE I'M AN ITALIAN OAF WHO GETS HIS RAGE OUT BY THROWING THINGS)

Alright y'all, time to get your fix and educate yourself on thy enemy.  Don't let the Rebel's ranking scare you, we traditionally play the Rebs close.  Then again, we also traditionally show up at half time (BOO ON YOU IF YOU DO THIS) so who the hell knows.  The spread on this game is 20 points.  Twenty.  I ordinarily would laugh at this and tell you to go ahead an bet Vandy because c'mon son.  In this case, however, I'm telling you to bet Mississippi even with -20.  Although if you find a ridiculously pessimistic Vanderbilt fan who's been offering 35 points here on AoG, by all means take his money and Vanderbilt.

As usual, we have a Q&A session with our SBN friends over at Red Cup Rebellion.  In addition, we have our normal AoG predictions and break down thread.  Pretty much no one is thinking Vanderbilt is going to win this game.  Get your anger out early so you'll be too exhausted to do much else but drink yourself into oblivion by the time the game starts.  Don't worry, the NFL games tomorrow are shit, so it's not like you're missing anything. 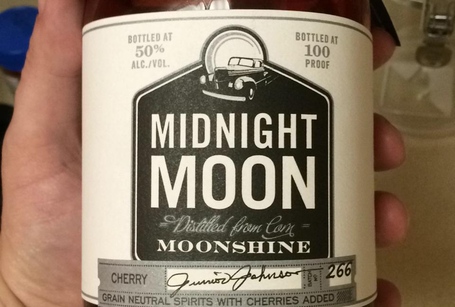 I am fully prepared. Are YOU?

Luckily for us, we get another nationally televised slaughter game, this time on ESPN.  We hope that y'all will join us in the gamethread and comment along with your fellow Vanderbilt fans around the world.  Seriously, the more the merrier, even if it's the cluster-F we all think it's going to be.  Who is a better group of people to hang out with during a bad conference game? According to the writer of this article, no one.