Vanderbilt's class of 2015 just got a bit bigger. Samir Sehic, a 6'9", 250 pound, four-star power forward gave Kevin Stallings and the Commodores his verbal commitment on Tuesday.

Kevin Stallings picked up his second big-man recruit in the past week on Tuesday. Four-star power forward Samir Sehic announced his intentions to play basketball for Vanderbilt University in 2015.

Sehic had narrowed his choices down to Vandy, Davidson, and Wake Forest before choosing the Commodores. He had offers from Harvard, Princeton, Notre Dame, and Northwestern as well - so it's a safe bet that he won't have too much trouble maintaining a solid GPA in Nashville. The 6'9", 250-pound forward is a solid rebounder and physical defender who can give this team a Steve Tchiengang-esque presence in the post. While he isn't a polished three point shooter like Stevie Thunder was, he has a decent midrange game that he'll be able to stretch out to the arc with more time and practice.

A picture of Sehic from today's announcement shows that he'll have no trouble adapting his style game to Vanderbilt's level: 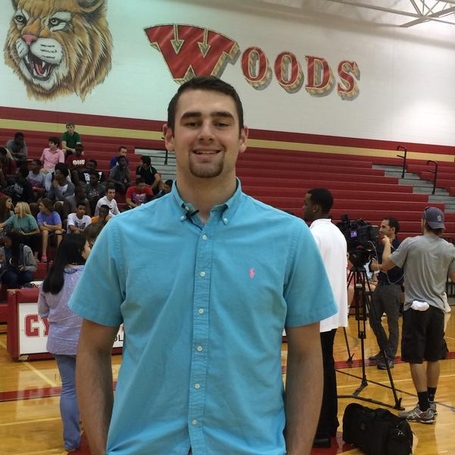 With Sehic in place, Vanderbilt's potential 2015-2016 lineup could look like this:

That's a strong frontcourt rotation that can give a talented group of guards and wings plenty of support around the basket. Let's just hope that the Commodores can hang on to all this talent going forward. Sehic's commitment currently puts Vanderbilt at the NCAA-mandated limit of 13 scholarships for next season.