The SEC Network has distilled Vanderbilt into a simple 15 second animation. It's like that weird anthropomorphic ESPNU logo, only not as creepy and actually having something to do with the school.

ESPN has just released their custom, 15-second graphics for every school in the SEC in advance of the unveiling of their latest cash cow Paul Finebaum fetish media venture, the SEC Network. You can find the video in its entirety here: http://secsports.go.com/video/11312469

If you can't watch the video, here are the highlights, in order of when they appear:

What do you guys think? Is this better than the ESPNU graphic you see below? 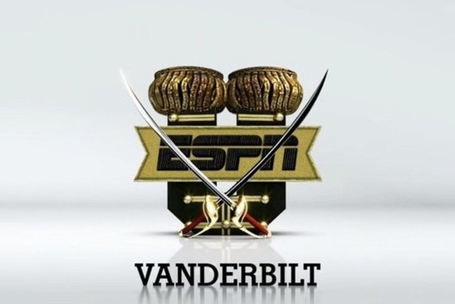