Last night was brutal. Tonight, we get revenge. Virginia, ready yourselves for 9 innings of hellfire.

"Gentlemen, you have undertaken to cheat me.  I won't sue you, for the law is too slow.  I'll ruin you."

There was a lot to hate about last night's game.  There was the way our bats fell silent to yet another soft-tossing lefty.  There were the stroke-inducing defensive miscues by this year's Gold Glove winning short stop, Vince Conde.  There were countless double plays left on the field.  There was the way John Norwood mis-read balls continually and got caught sleeping on the base paths.  There was the mind-boggling manner in which Coach Corbin managed his pitchers.

*For those who missed it, this is what we imagined was going through Corbin's mind:

7th Inning: "Down 2, Beede pitched well today, but they've obviously figured him out and his arm is tiring.  Stone's all warmed up.  Leave Beede in, save the pen, and play for tomorrow."

8th Inning: "All right.  Only down 4 and we haven't gotten anything but a weak dribbler to short in the last few innings.  We've got this!  I'm calling for Ferguson!"

But all of that was a mild annoyance compared to this:

Mike Papi, man-crush of Karl Ravech, in the midst of being caught in a frustrating run-down, lost all control of his emotions and lowered his shoulder maliciously into Tyler "The Greatest Human Who Has Ever Lived" Campbell.

Watch it a few times.  It's as obvious now as it was then.  He did it on purpose and with purpose.  Look at the way he immediately recoils at the horror of what he'd done.  You can see the precise moment in which the enormity of the situation reveals itself to him.  Immediately after trucking the third baseman needlessly, you can see him stop, extend his arms in the "What have I done?" pose, and watch the epiphany that he'd just gotten himself ejected, and possibly suspended going forward, in the last inning of a game in which they held a 4 run lead.  You can see the horror.

The umpires, of course, were too busy discussing the merits of vanilla milk shakes and/or condiment-less hot dogs to notice this, and decided, in lieu of following the rule book and ejecting him immediately, they'd simply call him out and make the other base runners move back a station as if it were a simple case of interference, and not a bodily-possession by the Hanson brothers.

Mike Papi, you're on notice. 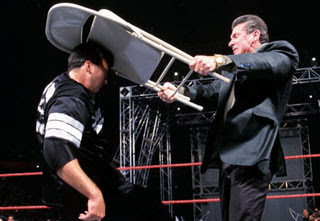 Let's be honest, until that point, this series had been too collegial for my liking.  Mike Papi changed this.  If getting trucked and splitting his lip was all he needed to do to get his team fired up, I'm certain Tyler "I Let Marines Tase Me" Campbell would gladly play his part.

Papi, you are no gentleman. 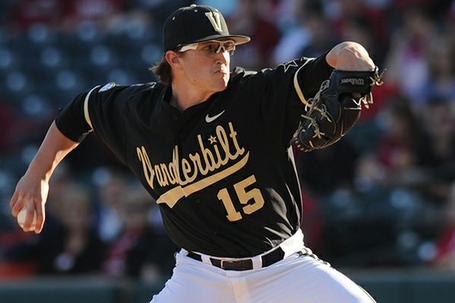 And that's the look he gives after he sees a basket full of puppies.

Fulmer will be going on short rest, and we can't expect more than 3 innings from him, but he brings the Hammer of God and a stare that pierces your very essence to reveal the totality of existence in one horrific burst.  Men.  Will.  Quake.

Behind Fulmer, we will have "The Cold Stone K-Reamer" Hayden Stone, the mystical movement of Brian Miller, and the door-shutting power of Adam Ravenelle.

We'll need them all.

Virginia, we don't even care who you're throwing at us, as we're hurling righteous fury and indignant comeuppance square in your collective rib cages.

You'll have no recourse.