The Most Important Game of the Year: Game 2 v. UVA

At 7pm CT (ESPN), Tyler Beede will take the mound in an attempt to eliminate UVA and put our squad in the history books. Here we go...

Share All sharing options for: The Most Important Game of the Year: Game 2 v. UVA

Vanderbilt faces UVA tonight in game 2 of the College World Series with a chance to win the title.

I just typed that sentence.

Let's get all the tension out right now:

Yesterday, Walker Buehler struggled on the mound, surrendering 8 hits and 5 runs in only 3 innings.  And.  We.  Won.

UVA ace Nathan Kirby looked absolutely dominant through two innings, striking out four while holding a two run lead.  No one had scored more than 2 runs on UVA in Omaha.  And.  We.  Won.

1st round OF Derek Fisher raised his batting average in Omaha by 87 points.  And.  We.  Won.

Ahem, please excuse me while I RUN AROUND THE GOD DAMNED NEIGHBORHOOD SCREAMING LIKE A LUNATIC!!!

While that game may have taken years off our collective lives, I think we can all agree on four key things:

2) Our pitching staff is so deep that people like freshman LHP John "Bat Poison" Kilichowsi, who hadn't toed the rubber in over a month, can be called on in extremely tense situations, and we don't really get all that worried about it.

3) Our livers don't work as well as when we were in college.

4) Tonight's probably going to be just as tense. 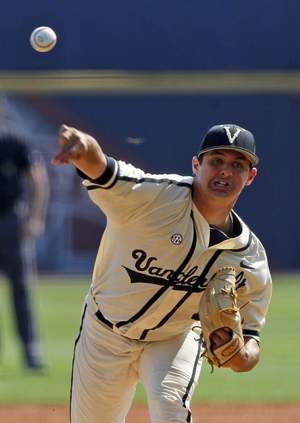 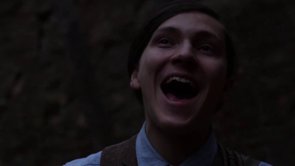 *No idea if this is actually him, but it was on the first page of Google images, and it really looks like him, so...

By now, we all know the dichotomous nature of Young Beedah's pitching performances.  There's "Good Beede" - last seen dismantling the hopes and dreams of Xavier's baseball team in an 8 inning, 14 K gem - and "Bad Beede," who, without warning, can completely lose control of his fastball, start aiming, burrow entirely too deep within his own head, and walk and hit everyone donning an opposing journey - even the fans.  Since the Xavier performance, Beede's coin has landed on tails twice in a row - most recently, 3 and 2/3 innings in which he walked 3 UC Irvine Anteaters and hit 3 more, doing most of that crap in a 2nd inning meltdown that netted the 'eaters 4 runs.  Lady Fortuna, stop annoying Boethius in his jail cell and shine your light on Tyler Beede's right arm tonight.  I beseech you!!!

As for his Virginian counterpart, Waddell is the polar opposite of Beede, as not only is he frighteningly consistent, he pitches to contact and lets his defense do the work.  On the season (they have pitched almost the exact same amount of innings), Waddell has about half the amount of Ks as Beede, but whereas Beede has walked 50 and plunked 18 more, Waddell has walked a paltry 16 batters and hit only 7.

Waddell's fastball will hover around 90 mph, but he possesses a low 80s slider that's death on left handed batters.  Again, he's not as overpowering as the pitcher we faced last night, but he's also extremely unlikely to completely melt down and lose the game in one inning.  Consequently, our approach at the plate has to change, and we must be more aggressive - and should at least consider occasionally swinging at the first pitch fastball that's grooved down the middle, rather than ceding the 0-1 count.  This is what Corbin should be telling out hitters, and if Swanson and Reynolds can execute this strategy, we could open up a small lead and make it a whole lot easier on our pitching staff.

We should know which side Beede's coin landed on by the end of the first inning.  I'm calling heads when he flips it.