This is not the greatest song in the world, oh no... this is just a game day preview. Vanderbilt v. Texas (2pm ESPNU).

This afternoon, the Vanderbilt Commodores play their biggest game of the year.

This afternoon, the Texas Longhorns play for their tournament lives.

You've got less than 4 hours to come up with an excuse to get out of work.  Mine is to tell my supervisor I'm having "digestive troubles" while making far too much eye contact.  It's never failed me yet.

If you want to "Better Know Texas," click that link for my comprehensive preview of their team written last week.  This will serve as a de facto addendum to that - adding in all that's changed  since the start of the tournament (very little).

In that preview, I identified Nathan Thornhill as the "Pitcher to Watch," but focused on Parker French, as he was the more likely 2nd game opponent.

Pitcher(s) to Watch: Senior Nathan Thornhill is 7-2 with a frightening 1.49 ERA, but seeing as he's likely to be the man on the bump in game 1 against UCI, I'll focus on Parker French.  The right-handed junior is solid, but unspectacular, sporting a 6-5 record and a 2.45 ERA.  Further, he's got a Lilliputian 5.57 K/9 but an average to pretty good 3.68 BB/9.  In short, he's going to pitch to contact and let his defense do the work.  Vandy batters will have to be more aggressive than is their wont, as French is a strike thrower and will likely get ahead of the count more often than not.

Thornhill is still a senior RHP (though we welcome him to try throwing lefty this afternoon).  He's 8-3 with a 1.63 ERA.  Looking at those numbers, he must be a dominant fireballer with untouchable stuff, right?  Umm... no.  You see, though the Big XII... err... X got three teams to the CWS (Texas, Texas Christian, and Texas Tech) none of them could hit.  This isn't to say they were bad teams; it's just that, as a conference, their pitchers were good (and in the case of TCU, better than good), but their hitters were a flaming bag of dog shit on the porch of the CWS.  This, as you can imagine, has a buoyant effect on a pitcher's stats.

The hill of thorns started out 6-0 with an 0.78 ERA, but that was his record on April 14th.  Since then, he's gone 2-3 and raised his ERA by about a run.  However, I'd be loathe not to point out that the "hitters are terrible" thing cuts both ways, as he's had irresponsibly low run support, and has certainly pitched well enough to rack up a few more wins.

What will he throw at us?

Thornhill is a control-forward pitcher who sits in the low 90s (fastball has been 88-92 of late).  He's mostly a fastball/change-up pitcher, and he doesn't really have an effective breaking ball.  He throws one, but it's more of a change of pace pitch than a knee-buckler.  Most low 90s RHPs rely on a two seamer with a lot of movement.  That's not really Thornhill, either.  He's just a guy who will pound the strike zone and trust the defensive players behind him.

He's not going to strike anyone out, really.  On the season, he has a 5.4 K/9 (for comparison, Tyler Ferguson has a 7.3 K/9).  He's also not really going to walk too many people, as his 3.1 BB/9 ratio indicates (best BB/9 comp on our roster would be Walker Buehler with a 2.8 BB/9).  Texas doesn't list GO or FO stats, but from watching him pitch against UCI on Saturday, he's not the double-play inducing sinker baller his numbers might suggest, either.  He's just a solid senior starter.  No frills.  We'll just need to be more aggressive than usual, as he'll throw strikes, and there will be no Funkhouser-esque innings where he loses all control and walks the side.  There will also be no Fulmer-esque innings where he Ks the side, either.  You take the good, you take the bad, you take the rest and there you have... Nathan Thornhill.

What will we throw at them? 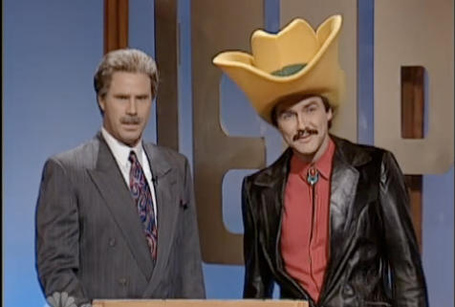 I don't need to sing Ferguson's praises to you.  He's got a million dollar arm, he'll be extremely well-rested, and if he's commanding his pitches like he did in the first Super Regional game against Stanford, he'll dominate.  Conservatively, if we can get 5 or 6 innings of 1 or 2 run ball from Ferguson, we'll take it.  He can be better than that, though, and here's what he'll need to watch out for...

Batter(s) to Keep an Eye On: CF Mark Payton.  The senior is one of two Texas batters hitting north of .300 (not a typo).  That said, his BA of .326 won't exactly strike fear into the eyes of our pitchers, but his .467 OBP should.  He's not a power guy, as his slugging % is actually slightly less than his OBP (which is a common theme amongst Texas batsmen).  Dude's got 55 walks, which are... too many.  He's fast, too, and has 5 triples and 19 stolen bases in 20 attempts to prove that.  Keep the ball low, in the strike zone, and make him put it into play.  Do that, and we can keep him in check.  Try to nibble, and umpires are likely to give him the benefit of the doubt, as he's got a great eye.  All other batters are up there to bunt.

He's still a guy to watch, and all those things are still true.  However, in his 3 CWS games, his BA has dropped 3 points, his OBP 16 points, he's only walked once, and the one time he tried to swipe a bag, he was caught.  None of this is to say he's any less of a player... but he hasn't been even close to as hot as the guy Ferguson should really stay outside and low on...

Much was made of Hinojosa's home run Wednesday, as it was the first of the CWS (there's been one since, but still), was the only run scored in their 1-0 elimination game victory over UCI, and it kept the "Director of Karate and Championships for Everyone" or whomever that was they kept interviewing from losing his job.  Simply put, he's been the only non-pitcher (other than Mark Payton's excellent CF defense) who's impressed me on the Texas squad.

Defensively, he's been nothing short of spectacular.  He has great range, soft hands, and an arm that will play.  We'd be best served to hit it somewhere else, in all honesty.

Offensively, though he was just okay this season, he's really turned it on in the postseason (relative to the other Texas hitters).  Though he's only gone 1-4 in each of his three CWS games, he's accounted for 1/3 of UT's total runs (I know, I know... 2 out of 6) and hit the home run that kept them from being eliminated.  Again, though he's only hitting .250, his has been the bat that's looked the best on their offense.  He has a nice stroke on pitches middle-in, so if Ferguson can avoid his wheelhouse, we should be fine.

Broadcaster Topic to Watch Out For

Their first baseman is Kacy Clemens, whose father is Roger Clemens (seen below clucking like a chicken).  Look for them to bring that up every time he's on the screen. 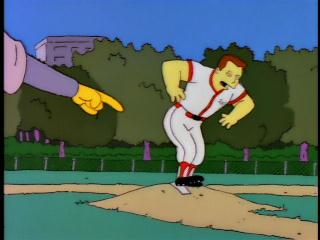 This should be a good game, and Texas tends to keep these things on the low scoring end.  Their closer, John Curtiss, missed Wednesday's game with food poisoning when I sent some under-cooked chicken to his hotel room for... reasons.  As long as he's stopped vomiting, don't be surprised to see him as early as the 6th inning.

Swanson, Reynolds, and the rest of the boys, it'll be up to you to score early.  Get up on them and render their closer moot.

Speaking of The Mansby and The Aluminum Foil, check out how their stats are lining up (courtesy of @VUHawkTalk):