Swanson, Conde, and Who We Should Pitch Against Texas

The Commodores' middle infield were tabbed as Perfect Game All Americans. This article will relay that information to you and then present the cases for Tyler Ferguson and Carson Fulmer to be Friday's starting pitcher. After that, we play the waiting game. (Pauses for 5 seconds) The waiting game sucks, let's play Hungry Hungry Hippos!

Share All sharing options for: Swanson, Conde, and Who We Should Pitch Against Texas

In addition to being College World Series time, it's also awards season, and your Vanderbilt Commodores keep getting tabbed for them.

This week, Perfect Game named Dansby Swanson to their All American 2nd team and Vince Conde to their All American Third team.  The first team second baseman was Jace Conrad (pictured below with family), and while I believe Swanson to be the better all around player, it's tough to argue with this, as Conrad hit .364 with 9 home runs, 65 RBI, and was just about the lone reason the Ragin' Cajuns came one game away from going to Omaha. 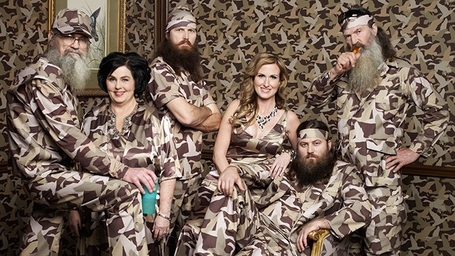 Conde was also awarded a Golden Glove by Rawlings/ABCA, and is the first commodore to have their glove gilded since Sonny Gray in 2011.  However, being named the best defensive player at the toughest defensive position is a bit higher of an honor.  Conde is advised not to play with this glove-of-gold, though, and to opt instead for the less ostentatious "Carpenter's Glove."  For his health.

Awards aside, we play Texas tomorrow at 2pm CT on ESPNU (sorry for erroneously stating earlier that we'd have the 7pm game) in the most important game of our season thus far.  With a win, the Commodores will advance to the CWS Finals on Monday (7pm CT ESPN).  In the unfortunate event that we lose, we'll have to play Texas again in an elimination game Saturday at 2pm CT (ESPN2).

As the stakes are enormously high, the biggest question on Corbin's mind has to be who to give the ball to tomorrow night.  Auggie Garrido, knowing he has to win two, will have no such debate.  He'll go with senior RHP Nathan Thornhill (8-3, 1.63) who pitched well in their CWS opening loss to UC Irvine.

For Corbin, the debate comes down to two names: Tyler Ferguson and Carson Fulmer.

The Case for Carson "The Florida Flamethrower" Fulmer

You know his otherworldly stats: 7-1, 1.88 ERA (7-0 as a starter).  You know his demeanor - he's a bulldog on the mound who pitches angry and can make a man's knees quiver just by looking at him.  He's the best we've got (even though Walker Buehler pitched out of his mind on Monday).  These facts are not debatable.

Further, there's the "never assume anything"/"one game at a time"/"always go with your best" argument that is always tough to go against.

However, Fulmer started this season in the bullpen, and though he's been a starter for exactly 2 months, it typically takes longer than that to stretch an arm out, or to become accustomed to the weekly routine of starting pitching.  Those of us who watched his last two starts saw a guy who's still committed to his max-effort style of pitching, but was unable to go as deep into games as he had been earlier.  Against both Stanford and Louisville, the fourth/fifth inning was when his arm started to tire, velocity dropped a bit, and control became an issue.  In both of those games, Fulmer gutted it out, and gave us enough for us to win - though we did lose the Stanford start - but there was a distinct drop-off after the three innings of absolute dominance.

In his first postseason start against Oregon, Fulmer's arm was well-rested, as he'd only thrown one inning of relief  in the SEC tournament.  It showed.  He went 8 innings, allowing only 2 runs (1 in the 5th, 1 in the 7th) on 3 hits and 2 walks, while striking out 5.

In the Stanford game, one week later, he gave up 2 runs in the 4th, gutted it out in the 5th and 6th, but was then left in a few batters too long and was credited with two more runs, retiring only one batter in the 7th before he was pulled.

Against U of L, after another full week of rest, Fulmer again looked dominant for 3 innings, gutted out the 4th, battled in the 5th - but gave up 2 runs - and tried to gut out the 6th.  Thankfully, Corbin was on top of it this time, and pulled him after one out for Hayden Stone.

The Case for Tyler Ferguson

Further, he was this year's Sunday starter, throws 96 mph heat and a slider that can make batters look foolish, and is, by far, the most well-rested arm amongst Vanderbilt's 4 man rotation.

In the postseason, Ferguson's only pitched once, and was brilliant.  In game 1 of the Super Regional against Stanford, after Tyler Beede melted down on the mount, Ferguson put on that novelty orange foam ten gallon hat, threw the team on his back, and carried us to victory, going 2 and 2/3 scoreless, allowing only 2 hits.  He could have, and perhaps should have, been left in to finish that game.

Down the stretch of the regular season, he did have some control problems, and Walker Buehler was promoted to #3 starter for the postseason ahead of him, but he looked like a future first round pick on the hill against Stanford.

Given that the options for Fulmer are Friday on short rest, Saturday (if we lose Friday) on full rest, or game 1 of the CWS Finals on Monday if we win tomorrow's game, and that he's shown some tiredness around the 4th inning in both of his most recent postseason starts, we have to go with Ferguson.  Remember, Ferguson would be an ace for most college baseball teams, even a few that made it to Omaha.  Strategically, Ferguson should be our best play tomorrow, as he's completely fresh, has a first round arm, and will have a completely fresh bullpen behind him.

Yes, we need to get to the Finals before we can worry about the Finals, but subjecting a pitcher who's showing signs of wear to a short rest start isn't putting our team in the best position to win.  If we need to play on Saturday, Fulmer will get the nod, but if Ferguson can get the job done tomorrow afternoon, we'll be in the optimal position of being able to throw Fulmer Monday with two days of extra rest.

I say we give the ball to Ferguson, though as my 9-year-old travel team coach would say, "Stop telling me what to do, GM!  I'm the damned coach!"

*Yes, I was nicknamed GM (General Manager) at 9 years old, because I constantly second guessed the moves of my coach.  Some things never change...

Word is #Vandy will start Tyler Ferguson tomorrow. The right call - save Fulmer for Finals opener or Saturday if necessary.