All you'll need to know about Monday's slate of CWS games: The Texas Long-Fedoras play the Louisville Cardinals (2pm CT, ESPN2) in a mid-afternoon elimination game, while Vandy faces the UC Irvine Anteaters for the first time ever in tonight's winner's bracket game (7pm CT, ESPN2). Here are some game day notes.

"They have a choice: They can live in my new world or they can die in their old one."

Like both Clegane brothers at the outset of the season four finale, Texas and Louisville enter this afternoon's game prone and dying, a reminder that strength alone is not enough to sustain one in battle.

Texas will send junior RHP Parker French to the mound, he of the 1-0 record and 1.42 era in 12 and 2/3 innings of postseason ball thus far.  The man from Dripping Springs, Texas (this is a real place, inhabited by real people, I'm told) will look to continue his postseason form and silence the hot bats of the Louisville Cardinals.  If not, he will surely die at the hand of the hordes of giants riding mammoths commanded by an ancient elf, and bring down the House of Fedora with him in the process.

Louisville will counter with Anthony Kidston, last seen taking a walk in the garden with Tyrion Lannister, going 6 innings of 9 hit, 4 run ball against the armies of the State of Kennesaw.  This may seem like a potential loss, but Kidston, at the behest of Lannister, knew the only way he'd be able to interest his armies in the coming battles was to show them what Pyrrhic victory was, and what it felt like.  The Cardinals responded to the early 4-2 strategic deficit  to enact a veritable maelstrom of violence upon Kennesaw pitcher Bergen, exiting the red wedding battered, but alive, riding a 7-4 victory into Omaha.

Prediction: Bevo tips his fedora to the Cardinals, retreating to the GoT message boards where people don't mock him for his white knighting or views on the Men's Rights movement. 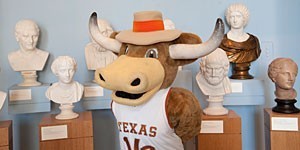 The 'Eaters have been the kind of scrappy team it's hard not to root for.  They entered the tournament as a distinct underdog - a #3 seed in the Corvalis, Oregon region, where #1 overall seed Oregon State stood in their path.  However, the underdog prevailed, riding the hot bats of first baseman and 3-hole hitter Connor Spencer (.423 in the postseason), Taylor Sparks' (who I'm still not convinced isn't an all girl Canadian pop group from the early 90s) 3-4, 1 R, 1 RBI performance against Texas, and the mustachioed lips of an extremely effective pitching staff (evident by Morales' 6 innings of 6 hit, 1 run ball against the Long-Fedoras) to small-ball laden upset after small-ball laden upset.

The 'Eaters are no offensive juggernaut, and rely on executing precision bunts in 74 year-old manager Mike Gillespie's offense, but they are patient hitters, and face a mercurial pitcher in Tyler Beede who alternates between being un-hittable and walking the side.

Beede will have to pitch closer to his performance against Xavier than his melt-down against Stanford, and, as such Tim Corbin must not be afraid to yank him for Tyler Ferguson if Beede loses sight of the strike zone.  He'll have to rely on Scott Brown, here, and the pitching coach must use inductive reasoning over hope.  If Beede dominates, and we'll know by the end of the first inning if that's in the cards, we should be able to manage enough runs to stay in the winner's bracket.  If he falters, he must be pulled.

The good news is as we advance further into the post-season, Corbin has removed the kid gloves with which he often treats his pitchers.  Take Saturday's match against Louisville, or last Sunday's Super Regional game against Stanford.  In the former, though Fulmer was pitching lights-out early, and had a two run lead, Corbin pulled him for Hayden Stone at the exact right time.  Similarly, when Walker Buehler struggled slightly against Stanford, Corbin pulled him after the 3rd inning, despite him having at least one inning of competent ball left in his arm that day.

With the spread-out nature of the CWS, Corbin realizes he has even more arms at his disposal than usual, and this is a good thing.

I'll have more on the pitching match-up and this game in the post for tonight's open thread.

*Author's note: I know literally nothing about Game of Thrones, and further, know that only a few of you will even get why I'm peppering my Texas coverage with those references.  But for those who do... clean your screens after each spit take.  It's disgusting.