All you need to know about the team from Austin.

Share All sharing options for: Better Know a CWS Opponent: The Texas Longhorns

As CdA stated in his preview of UC-Irvine, "Vanderbilt has wound up in a bracket that includes one perennial rival, one old-school powerhouse, and a team the Commodores have never faced before."

Texas is the old-school powerhouse.  They have the most CWS appearances with 35, 6 National titles (second only to Southern Cal's 12), a mascot with multiple stomachs, a student body who actually thinks it's a major accomplishment to be admitted to a state school, and a million year old drunkard for a coach who may or may not be a cartoon dog. 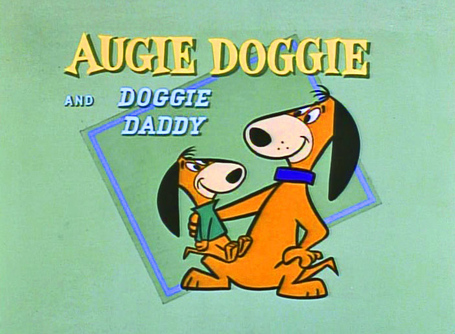 Well, if Texas is the old-school powerhouse, then Vanderbilt is the precocious upstart.  Though they've got the trophy case, they haven't done a heck of a lot in the recent past.  They last won the title in 2005, sure, and last made it to Omaha in 2011, but in '12 and '13 they didn't even make the tournament.  Vandy may not have a National title (yet), and we have the exact same number of CWS appearances in this decade, but we've been in the NCAA tournament every year since 2006, we've been the higher ranked team, and it is an actual accomplishment to have been admitted to our school.  Sure, the burnt orange hive mind will yell "6 National Titles" in garbled, semi-literate Texas twang, between spits of tobacco, and there's not a whole lot I can suggest to counter that tradition.  Maybe you can suggest something.  As a matter of fact, you do suggest something.  To me, you suggest a baboon.

This man's conduct is inexcusable.  I did not come here to be insulted.

That's what you think.

Mrs. Teasdale, I'm afraid this regrettable occurrence may plunge our universities into war.

Of course, we may never even play them.  But if we do, it's best to know what they bring to the table.  First, here's how they got here...

Texas went 3-1 as a #2 seed in the Houston (Rice) Regional, beating aTm 8-1, Rice 3-2, losing to aTm 3-2, and then avenging that loss the next day, with a 4-1 regional winning victory.  In the Super Regionals, they got to beat up on yet another Texas team in the Houston Cougars, sweeping them 2-0, with 4-2 and 4-0 wins, respectively.  In fact, the only Texas team they didn't play in the NCAA tournament was McMaynerberry.

Now they have to face non-Texas teams, though, and they've technically not beaten one of those in a long time.

Their offense has oft been described as "opportunistic," which is another word for, "how the hell do all of their runs come with 2 outs?!?!"  Well, part of that is their strict adherence to small ball.  If you think the amount of times Corbin tugs on the ol' ear, signaling bunt, is annoying, you'll want to tear your own eyes out watching Augie Garrido call for more sacrifices than the Mayans.  If they get the lead-off guy on, they're bunting.  Man on 2nd?  Bunting.  First and 2nd?  Bunting.  Picking out a table cloth for the 4th of July?  Bunting.

When they're not bunting, they're working 10 pitch counts and beating out three hoppers to the short stop.  Following that, they're bunting.  Their creative writing program is named after James Michener, and watching them play baseball is like watching a James Michener novel in interpretive dance form.  Long, boring, and filled with multiple generations of a family you don't give a shit about.

In short, I hate them and all that they stand for.

The University of Texas Longhorns

All-Time Record Against Vanderbilt: I don't give a crap.  They beat the hell out of us in the Super Regionals in '04, though.  All of these players were in elementary school then.

Best Win: Other than the tournament, it would have to be the 11-1 Friday night win over Texas Tech in Lubbock, though, of course, that was way before people figured out Tech might be worth a damn this year.  Their best out of conference win would be taking 2 of 3 from Stanford way back in February.

Worst Loss: They opened the season with a 0-7 beat down at the hands of Cal Berkeley.  Over half of the Berkeley team wasn't present, as they were protesting Texas's use of a live mascot.

Batter(s) to Keep an Eye On: CF Mark Payton.  The senior is one of two Texas batters hitting north of .300 (not a typo).  That said, his BA of .326 won't exactly strike fear into the eyes of our pitchers, but his .467 OBP should.  He's not a power guy, as his slugging % is actually slightly less than his OBP (which is a common theme amongst Texas batsmen).  Dude's got 55 walks, which are... too many.  He's fast, too, and has 5 triples and 19 stolen bases in 20 attempts to prove that.  Keep the ball low, in the strike zone, and make him put it into play.  Do that, and we can keep him in check.  Try to nibble, and umpires are likely to give him the benefit of the doubt, as he's got a great eye.  All other batters are up there to bunt.

Pitcher(s) to Watch: Senior Nathan Thornhill is 7-2 with a frightening 1.49 ERA, but seeing as he's likely to be the man on the bump in game 1 against UCI, I'll focus on Parker French.  The right-handed junior is solid, but unspectacular, sporting a 6-5 record and a 2.45 ERA.  Further, he's got a Lilliputian 5.57 K/9 but an average to pretty good 3.68 BB/9.  In short, he's going to pitch to contact and let his defense do the work.  Vandy batters will have to be more aggressive than is their wont, as French is a strike thrower and will likely get ahead of the count more often than not.

Key Stat: Their team slash line is .268/.362/.360.  We're not exactly a power team, ourselves, but for comparison, Vanderbilt's slash is .283/.369/.388.  Texas has 96 sacrifice hits; Vanderbilt has 63.  The story these numbers tell is that Vanderbilt might not exactly be Indiana in terms of power numbers, but Texas loves the bunt with an irrational fervor rivaled only by Texans' inflated-to-the-edge-of-bursting state pride.