Vanderbilt emerges from the holiday season with one final football game to play. The team that stands between them and a Compass Bowl win? The Houston Cougars.

Share All sharing options for: Better Know an AAC Opponent: The Houston Cougars

The School: The University of Houston

Ranking: The formulas have Houston rated 39th in the Real Time RPI and 30th in Warren Nolan's rankings.

Mascot: The Cougars. Attendance at Robertson Stadium has skyrocketed since the introduction of Julia Ann as the team's live mascot in 2008.

All-time vs. Vanderbilt: This is the first meeting between Houston and Vanderbilt. Schedulemakers missed a prime opportunity to allow Andre Ware to score 225 points against Watson Brown's Commodore defense in 1989.

In the Last 10 Years vs. Vanderbilt: See above.

The Last Time We Saw These Guys: C'mon.

Most Potent Offensive Threat: Deontay Greenberry, WR. Greenberry is the engine that drives the Cougar offense. The sophomore wideout plays like a younger Jordan Matthews. at 6'3" and 200 pounds, he has the size and speed to move the chains over the middle or run under a deep ball down the sideline. He has averaged more than 110 receiving yards per game this year.

The UH receiver has the goods, but he'll be going up against a defensive secondary that has been facing final-form Deontay Greenberry in practice every day for the past year. He'll be put to the test against a lineup that includes All-SEC defensive backs Kenny Ladler and Andre Hal.

Most Potent Defensive Threat: Derrick Mathews, LB. Mathews leads a strong Cougar defense that could turn Saturday's bowl game into a sloppy brawl in Birmingham. Houston is allowing just 20.2 points per game, and part of that is thanks to Mathews's leadership at linebacker. He made 110 tackles this year, including seven sacks. He's part of a balanced attack that forced 40 turnovers in 2013. That opportunistic defense should find a way to give Vanderbilt's occasionally one-dimensional offense trouble this weekend.

Matchup to Watch: Patton Robinette vs. the Houston secondary

Vanderbilt will be without senior quarterback Austyn Carta-Samuels, who decided that three games on a torn ACL was enough and finally had surgery this December. ACS's absurd threshold for pain meant that the freshman Robinette was a platoon quarterback for the end of Vandy's season, running the ball much more often than throwing it. Now, his accuracy and timing will be put to the test against a Cougar defense that held big offenses like Louisville and Central Florida to 20 points or less this season.

Robinette was solid in his first meaningful action as a Commodore, but he had trouble catching up to the speed of the game. The freshman missed opportunities to jump start the Vandy offense with big plays. He'll have to take advantage of those spots against a Cougar team that is ranked 15th in the nation in scoring defense.

Interesting Fact: According to his Wikipedia photo, current UH Head Coach Tony Levine was either canonized by the Catholic Church sometime in 2013 or made of pure electricity. 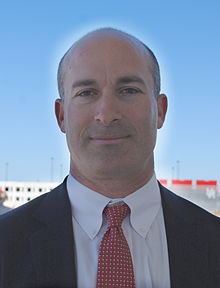 Bonus Fact!: Houston played its home games in the Astrodome for nearly 30 years before moving into a renovated Robertson Stadium in 1998. That stadium has since been torn down in order to build a new Cougar home field in its place, but the Astrodome? Still alive and kicking, despite plans to potentially turn it into an indoor public park.

Triple Fact!!: Unrelated to Houston, but did you know that Jordan Matthews's brother is just an average-man sized version of him?

If Houston wins, we: ride out an offseason of James Franklin coaching search rumors. Wait, we'll do that if Vandy wins. In fact, we've been doing that since Lane Kiffin got fired this fall. Vanderbilt and Houston quietly got matched up in one of the better bowl matchups of the season, but few people seem to be talking about the BBVA Compass Bowl. Instead, the most common question Vandy fans have been getting from casual football fans has been about VU's coach. Franklin isn't the kind of leader who lets these distractions get in the way, but his status in Nashville could pull some much-deserved attention away from two underrated football programs on Saturday.