We'll have more as events develop throughout the day. Pictures, discussion, and more are after the jump...

Here's Tip McKenzie and his family on signing day: 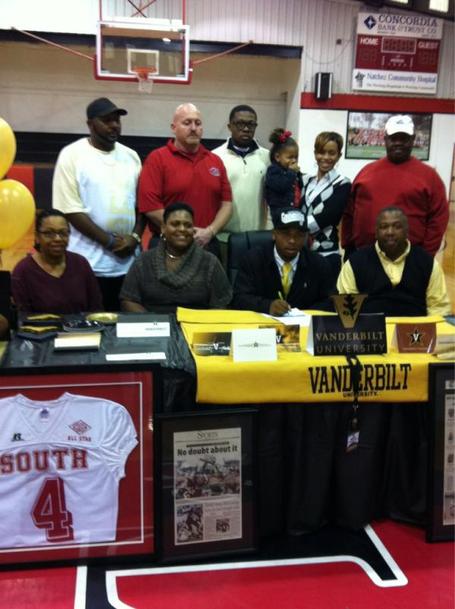