Vanderbilt Football: Getting to know Connecticut

Share All sharing options for: Vanderbilt Football: Getting to know Connecticut

James Franklin and the Vanderbilt Commodores showed no mercy last week in dispatching its initial target, the Elon Phoenix. Franklin and company boast a perfect kill ratio of 1.00 for the 2011 campaign. This is the briefing on their next target.

Week 2 Target: The University of Connecticut 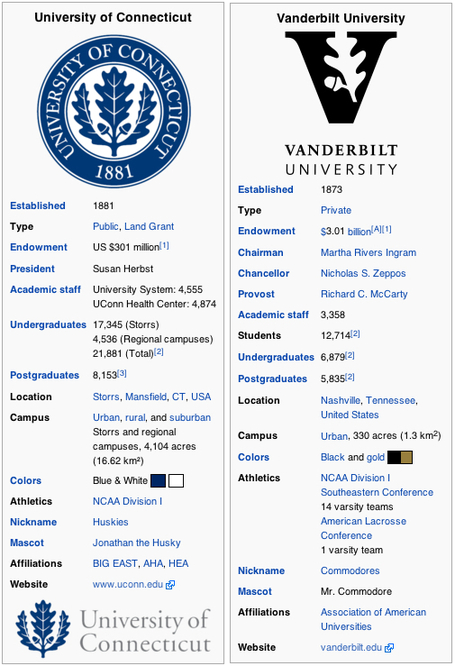 Most of this was taken straight from the UConn game notes. The information is theirs. We are just saving you from the PDF monsters.

There are three QBs competing for playing time at UConn:

The section on their kicker, Dave Teggart is very extensive. The following are the bolded sections:

So. Nick Williams lead the country in kickoff returns in 2010 with 35.29 yards per return.