Vanderbilt Football: Getting to know Elon

Share All sharing options for: Vanderbilt Football: Getting to know Elon

The James Franklin era of Vanderbilt Football (nickname op. -- I'm taking a cue from The Simpson's and going with "The Bloodening" -- your suggestions extremely welcome in the comments) opens with an initial target of Elon (Codename: Phoenices) of the FCS. This is an intelligence report of our current assignment. 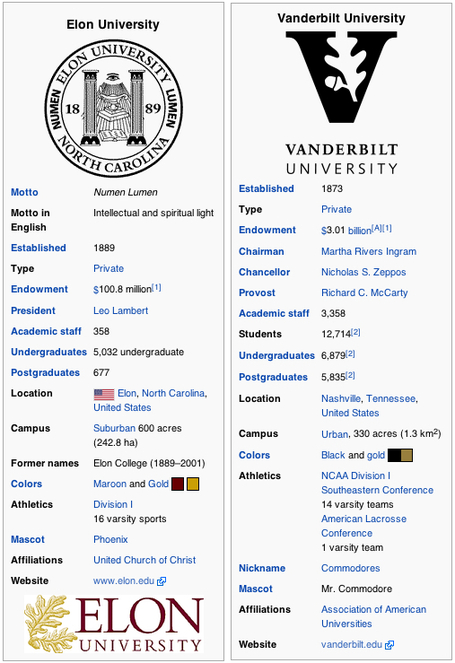 Most of this was taken straight from the Elon game notes. The information is theirs. We are just saving you from the PDF monsters.

09 - Years in the Southern Conference (SoCon)

Elon runs multiple offensive sets and their basic defense is 4-3. They return six starters on offense and five on defense.

They have two players to watch -- wide receiver Aaron Mallette and defensive back Blake Thompson. Each was named to watch lists as the top player at their position by College Football Performance Awards prior to this season.

They are replacing their four-year starting quarterback Scott Riddle. Jr. Thomas Wilson will start the season under center. Over his career, he has appeared in 12 games, passing for 443 yards and two touchdowns.

Jr. DB David Wood has joined the team after spending two years on the Phoenices baseball team. He is also expected to return kicks.

Pay attention to the last minute or so... (H/T Golden Gov in this premium VandySports.com thread)