Share All sharing options for: Know Your Enemies: Oklahoma State, Belmont, Troy, and the Nashville Regional

NCAA Tournament baseball will return to Nashville Friday as Vanderbilt prepares to host a national power and two local upstarts on their first step on the road to Omaha. Oklahoma State, Troy, and Belmont will each head to the Music City in hopes of upsetting the best Commodore team since 2007. Vandy has some familiarity with Belmont, having beaten the Bruins 6-2 back in February, but Troy and Oklahoma State are a bit of a mystery to Commodore fans.

The Nashville Regional will feature two borderline Top 25 teams and one darkhorse, and the combination of the three with Vanderbilt's elite status will make for some of the biggest baseball to grace the Volunteer State in four years. Fresno State proved in 2008 that anyone can win college baseball's biggest crown. Will 2011's champion start their path to the title at Hawkins Field?

Today, we'll look at the three teams that are challenging Vanderbilt for a spot in the Super Regional this weekend. Action will get underway tomorrow with Troy and Oklahoma State opening play at 3 pm. Here are the squads who will be gunning for the upset at the Hawk in the Nashville Regional.

Oklahoma State (USA Today rank - #36): The Cowboys are the biggest name traveling to Nashville and have the strongest history of any team opening play at Hawkins Field Friday. Oklahoma State has 19 College World Series appearances under their belt and and 38 wins in Omaha, good for sixth all time in both categories. However, it's been 12 years since the 'Boys have made the trip to Nebraska, and the team will be looking to reclaim their legacy with a Regional win in Tennessee.

The Cowboys have been dangerous, but inconsistent, in 2011. They posted series wins against #5 Texas and #15 Oklahoma during Big 12 play, but also suffered losses to Baylor and Texas Tech as the season wore on. Other good teams, like #8 Texas A&M and #10 TCU were able to handle OSU relatively easily as well. Oklahoma State is hitting the NCAA Tournament in the midst of a skid, going 3-7 over their last 10 games, including a 1-2 record in their conference tournament.

Batters to Be Wary Of: Zach Johnson. The Cowboys' junior first baseman has absolutely mashed at the plate in 2011, leading the team in batting average (.358), home runs (13), RBI (62), and total bases (140). Johnson is a patient hitter (25 walks to 21 strikeouts) with big power at the plate and some strong showings against top 25 teams this season. He stood head and shoulders above a a solid, but unspectacular, batting order for OSU. Designated hitter/outfielder Dane Phillips was the only other member of the regular lineup to bat over .300 for the season.

Key Stat: Oklahoma State was relatively conservative on the basepaths - only 29 steals in 41 attempts this season. Vanderbilt, on the other hand, went 74-102.

Pitchers to Watch: OK State's three-man rotation boasts a trio of decent starters, and Mike Strong has emerged as the best in the mix. Strong went 5-1 with a 3.61 ERA in 13 starts, striking out 70 batters in 72.1 innings on Fridays in 2011. Strong's weakness has been his inconsistency, however. He pitched an 8.1 inning, four-hit gem against Texas earlier in the year, but good teams like Oklahoma, Texas A&M, and even Texas Tech have been able to light him up in the opening innings and force him to the bullpen. 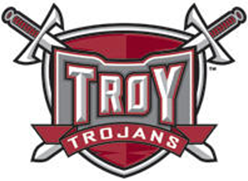 Troy (USA Today rank - #30): The Troy Trojans will make their fifth NCAA Tournament appearance in Nashville this weekend, though the team has never advanced past the Regional stage. The bid is coach Bobby Pierce's third in six years, and first since 2007. The team made it to the Regional final as a #2 seed in 2006, but failed to win a single game in their last tournament showing.

The Trojans will be facing their toughest test of the season in their opening game against Oklahoma State. Their schedule was notoriously light in out-of-conference play, as games against Auburn and Alabama were the team's only forays into the major conferences in 2011. 'Bama, Arkansas Little-Rock and Florida International were Troy's only opponents to qualify for the NCAA Tournament this season.

Batters to Be Wary Of: Adam Bryant and Tyler Hannah. Bryant, a shortstop, leads the team with 11 home runs and 66 RBI, while Hannah, a third baseman, is second on the team with seven and 49. Combined, they are responsible for 31% of Troy's RBI while batting a collective .367 and stealing 14 bases. These upperclassmen man the left side of the infield for the Trojans and give the team one of the strongest infield combinations in the Nashville Regional.

Key Stat: Patience at the plate has paid off for Troy. Trojan batters drew 273 walks in 2011, raising the team's OBP to .388 and helping the team plate just over seven runs per game.

Pitchers to Watch: Tyler Ray. Troy's rotation only has one first-tier starter, but Ray (11-0) has made the team a difficult match-up on the mound every Friday. The junior righthander has allowed only 110 baserunners in 109 innings, and he makes up for a lack of strikeout power with pinpoint control. Ray does an excellent job in keeping the bases clear and working deep into games, averaging about 7.1 innings per start. The Trojans will need him to be on his game in the series opener, because the team's freshman/sophomore combination of Jimmy Hodgskin and Ryan Sorce has been spotty all season. 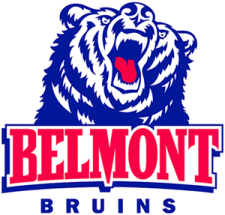 Belmont (USA Today rank - NR): Belmont won't even need a bus to get to Hawkins Field, as the Bruins could probably just walk to Natchez Trace from their spot on the Boulevard. This is the team's first NCAA Tournament berth in its 14 years under Coach Dave Jarvis. The Bruins took the hard road to get here, winning the Atlantic Sun Tournament as a sixth-seed and beating then #17 Stetson three times over their past six games.

Belmont, a team without a home field, will be the biggest underdogs in their group, but they'll be used to having their backs against the wall. The team won their regular season-ending series with Stetson just to qualify for the final spot in their conference tournament and ran to the league's title from there. They'll have to prove that they've still got some of that magic bottled up Friday if they want to advance out of Nashville and into a Super Regional.

Batters to Be Wary Of: Nate Woods and Derek Hamblen. Woods, a senior first baseman, right fielder, relief pitcher, and occasional bus driver, leads his team in all major offensive categories, posting a .347/12/61 line in 2011. Hamblen, a staple at the top of the team's order, is another senior who'll be looking to leave a lasting legacy behind in Nashville. Hamblen can hit for power (11 home runs) but is better known for his tenacity on the basepaths. The second baseman has 26 steals and 69 runs scored on the season.

Key Stat: Belmont has played its home games at Greer Stadium (Nashville Sounds), Shelby Park (Metro owned), and Dugan Field (Lipscomb) before finally settling into an actual on-campus home field at Rose Park in 2011. All it took was an actual home-field advantage to carry the team to a NCAA Tournament berth.

Pitchers to Watch: Matt Hamann. The Bruins' bullpen falls off pretty deeply after a decent starting rotation, and Hamann is Belmont's ace. The junior righty is 9-1 this season and carries an ERA of just 2.22. Most recently, he shut down Stetson twice in one week to propel the Bruins to the Atlantic Sun Tournament title, recording two wins over the team's six-game playoff winning streak.