Share All sharing options for: Non-Schadenfreude Fridays: Jordan Rodgers Is...

Today's entry goes beyond failure to revel in the mind of Vanderbilt's next great quarterback. Shame has no place in Jordan Rodgers's world, and the only reason this is getting the Schadenfreude treatment is just because we don't have a weekly feature called "Stream of Awesomeness Mondays." In his Twitter feed, Rodgers shares the details of his everyday life and gives us a glimpse into the regular mechanisms of a Vandy signal caller.

We've expected big things of Jordan since his arrival in Nashville, and while a shoulder injury has kept him from impressing us at Dudley Field, his Twitter has been strong enough to make him the personal favorite for the 2011 starting spot amongst the AoG contingent. Mixed alongside updates on practices and training are some absolute gems that belie Rodgers's love of spandex, scooters, and the best pop culture the 90s has to offer. Since popping up on Twitter in time for last year's summer practices, the redshirt junior has painted a picture of who the man beneath the pads is. As a result, we've come up with our own analysis for Jordan Rodgers; prolific arm and prolific tweets.

Here's a picture of the leotard in question: 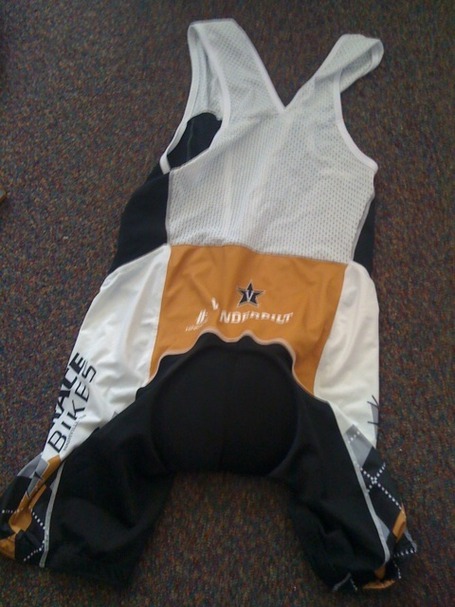 And no, that's not the last you'll hear of it:

Unrelated, but here's that Twitpic. Tell me that you've ever seen a happier man than Wesley Tate holding a sherbet cone. You can't. 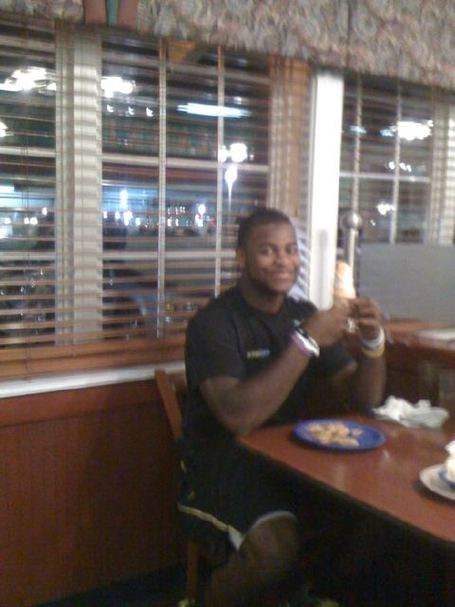 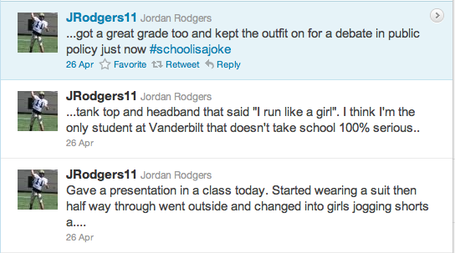 Get ready, Vandy fans, for your next NCAA Football '12 Cover: 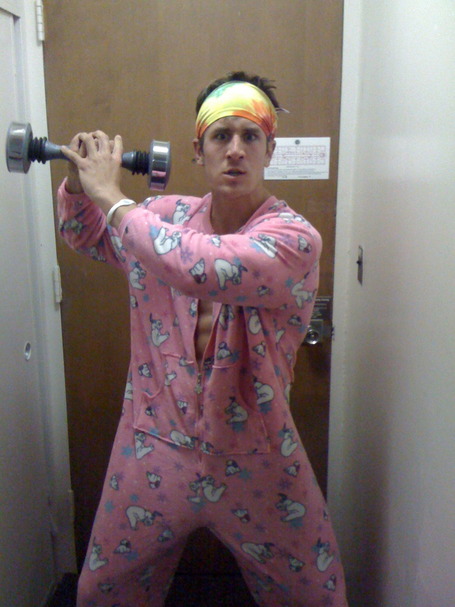 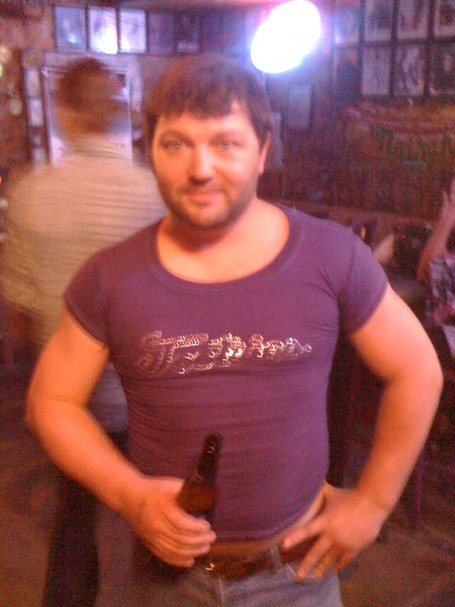 Yup.
Jordan is...APPRECIATIVE OF HIS ENVIRONMENTS:

That's just a brief glimpse into the wonderful Twitter world of Jordan Rodgers, a world that I probably won't have much access to after he bans me thanks to this article. Still, if you are on Twitter, give Rodgers a look - you won't be disappointed. Most of his posts are dedicated to practice, hard work, and football, but the ones that aren't are typically awesome references to the 90s, jabs at Cam Newton, or various mentions of whatever ridiculous clothing he happens to be wearing at the moment. I can only imagine that they'll get even better once he takes over the starting reigns for the Commodores.