The Commodore Review: The Good/Bad of Vanderbilt vs. Kentucky

Share All sharing options for: The Commodore Review: The Good/Bad of Vanderbilt vs. Kentucky

Saturday's game against Kentucky presented a rare occasion for Vandy fans - a pressure-free second half. Vanderbilt effectively shut down the Wildcats over the opening 30 minutes despite squandering three different scoring opportunities in the frame. Though the Commodores were up by three possessions at the break, players ran into the tunnel knowing that it should have been even more.

This motivation helped carry the team through to a 38-8 statement victory. It sent Vandy's seniors off at Dudley Field with the biggest SEC win the Commodores have posted in 40 years. More importantly, it brought the quest for a bowl game one step closer to reality in Nashville. With a strong finish, Vanderbilt could find themselves playing at LP Field come December, returning to the scene of their 2008 Music City Bowl championship.

The PiBB ICE Player of the Game: Zac Stacy 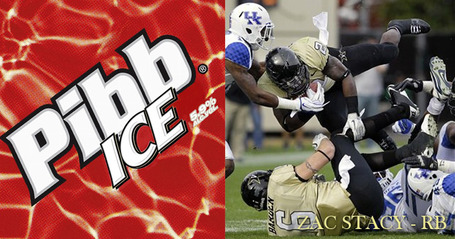