Share All sharing options for: Schadenfreude Fridays: The NES Edition (Part I)

*This post is sponsored by Crank 2: High Voltage. "Truly Crank 2 is a movie intended for the Gods that somehow graced our Earthly presence.  I've never seen so many strippers get shot before!  - Roger Ebert.

To help Commodores across the nation deal with the pain of fresh losses and the lingering memories of historic ones, we're instituting a new feature; Schadenfreude Fridays. The aim here is to comfort Vanderbilt's faithful by presenting train wrecks even worse than the past 35 years of Commodore football. Schadenfreude is pleasure taken from the suffering of others - and since this year's football season holds all the promise of a thousand awkward prom nights, the joy of watching others fail may be one of the few highlights of 2010. These don't necessarily have to be football related or even sports related - just something so spectacularly terrible that it makes Vandy fans a little bit happier to be cheering for their lovable group of three-star recruits with high GPAs and even higher 40 yard dash times.

This week's installment of Schadenfraude Fridays comes to AoG a bit late, as I was having trouble trying to find things I hated spectacularly enough to include here. After some deliberation, Affliction's foray into the MMA world was put on the back burner in favor of some 8-bit nostalgia that we all can relate to - terrible NES games.

To many, Nintendo's Famicom was the parent we never had, the parent we never saw, or the parent that didn't use their belt to punish us. Its 8-bit glory brought a low-resolution plumber into our homes and into our hearts as a generation of children realized that exercise and fresh air were totally gay. No one element has had a bigger role in our downturn as a society as the original NES, and when America crumbles into a debt-ridden, uneducated, obese third world country, our only solace will be that we finally found the castle that the princess was being kept in. And even that won't feel as good as surviving a three round war against Mike Tyson as a 105 pound midget boxer.

But for all the memorable and amazing titles the NES gave us, there are several turds floating around this punchbowl. As the popularity of the console swelled, game designers pumped out loads of crap solely in the hopes of getting paid, flooding the market with a wealth of awful. Some of these awful things were original concepts that never should have left the mind of the 14 year old autistic child that dreamt them up, while others were quick rip-offs of popular trends, movie tie-ins, or arcade ports that didn't quite understand the 8-bit concept. Regardless of the source, these were the games that crushed our dreams as eight year olds.

(Side note: I was the kid that only got to play Nintendo at friends' houses since my parents refused to buy me one. It wasn't until my freshman year of college that my then-girlfriend got me the greatest gift that any girlfriend - past, present, or fictional [including you Charlize Theron and Summer Sanders] - will probably ever get me; a NES with Tecmo Super Bowl and Little League World Series. Awesome.)

Enough reminiscing, on to the list. We'll pour through four titles today and leave the rest for another Friday:

Action 52 - This cartridge was a collection of 52 different games, 12 of which actually worked, and 10 of which were exactly the same. Action 52 was the sole creation of Vince Perri, and its product was exactly what you would expect from one man creating 52 games for use on one small disk in a short amount of time, aided only by heaping piles of cocaine. Many of the games don't load, freeze unexpectedly, and have control functions where simple commands such as "go left" or "stand still" are misinterpreted as "spastic breakdance into a pit". This would still be interesting to watch at the very least if not for the graphics. They appear to be crudely drawn in crayon by the army of drunk 4 year olds Perri keeps locked in his basement. 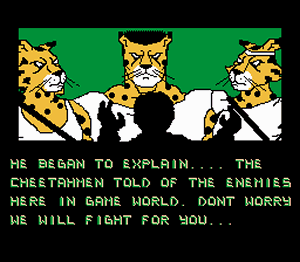 Fun Fact: Action 52's breakout stars were The Cheetahmen, a ripoff in the Teenage Mutant Ninja Turtles and Battletoads vein. They were wildly unsuccessful. Also notable, Active Enterprises offered a $104,000 giveaway open to any players that beat level five of the included game Ooze. Of course, Ooze crashed without fail at level three whenever played, somehow pouring more failure on top of this flaming pile of awful.

Bad Street Brawler - BSB greeted players with protagonist Duke Davis's motto "Never Trouble Trouble 'Til Trouble Troubles You." On the strength of that alone we could probably include this game on the list, but its awfulness goes so much deeper. You walk the streets of a day-glo town fighting poorly animated enemies like angry chimps and 1920s-era midget strongmen. Through the course of this, you have three moves - a slap, a kick to the shins, and a blocking move that can only be described as "cowering in a puddle of your own urine." Top notch, indeed. 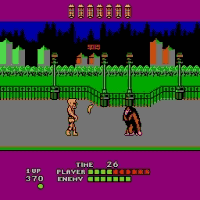 Fun Fact: There is no fun fact for Bad Street Brawler. That would imply that the game is fun.

Battletoads - Don't misinterpret this; Battletoads isn't on this list because it's a bad game. Rather, it is an incredible game with impressive innovations and tight graphics for its time. However, it is included here simply because it is FUCKING IMPOSSIBLE to beat. While the game threw wave after wave of enemy at you over 12 levels, the real problem lay in the maze and vehicle portions of the game, where players would waste lives trying to memorize patterns and timing that would allow them to survive a ride on jet bikes, a float downriver on rocket surfboards, or outrun a series of increasingly fast falling gears (no one said the design itself wasn't awesome).

This game allowed absolutely no room for error and any wasted second led to immediate death. Compounding the frustration was the fact that players only had three continues to use, and multiplayer stages that allowed for friendly fire - which meant that most games ended in the first level as you and your partner picked up pipes and simply wailed on each other for five straight minutes.

While living with resident photoshop wizard Gumbercules in undergrad, we dedicated a solid semester to beating this game - and even with cheats, warps, and a god-damn notebook full of patterns, still couldn't get past the 11th level. It was a solid 3 months of nerd-dom, wasted. In short, fuck you, Battletoads. 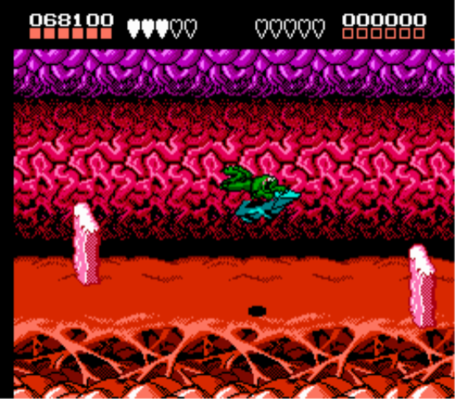 Pictured: your impending death. via checkyourhud.com

Fun Fact: The Lord of the Rings Trilogy was created after J.R.R. Tolkien beta-tested an early version of Battletoads and said "Fuck it, I can come up with a less frustrating impossible quest than this."

Burger Time - In the same vein as Battletoads, this is awesome game with insane difficulty. As long as you were cool with never seeing the fourth level and beyond, this was a sound $50 investment. In this, you play a short-order cook with post-traumatic stress disorder from decades on the grill.It was a pretty good port of a popular arcade game, and its portable status allowed players to enjoy all the frustration and anger that was usually reserved for the arcade in a family setting. Most experiences with this game end up with the user - out of salt, sweaty, and in a state of panic - committing sausage-induced suicide and whipping the cartridge at the family's cat. Burger Time was single-handedly responsible for most broken homes in the 1980s, as well as nightmares involving anthropomorphic meats. 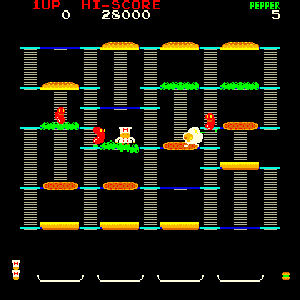 Aaaaaaaaah! AAAAAAAAAAHHHHHHHHHHHHH! via www.infinitelives.net
Fun Fact: Burger Time took Pac-Man's concept of running around a maze while being chased by ghosts and upped the ante by creating a game about making hamburgers while being run down by demon eggs and sausages. This connection single-handedly convinced William Sessions, FBI Director, to include a "Winners Don't Use Drugs" screen on every arcade game between 1989 and 2000.