The video above shows redshirt freshman reliever Corey Williams on the wrong end of a Florida line drive in Saturday's 7-3 loss. After getting a rocket cranked off his knee, Williams, basically unable to move, found the ball and winged it to Aaron Westlake, who made the tag to secure the out. And Williams's knee? 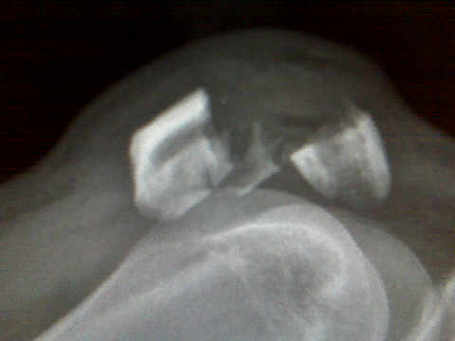 Yikes. That top piece is what used to be Corey Williams's kneecap. Unfortunately, the injury probably marks the end of the redshirt freshman's season. Williams was putting together a promising year and becoming one of the team's best set-up men, appearing in 12 games with an ERA of 2.65. We here at AoG wish him a speedy recovery from a pretty gruesome injury.

*Thanks to BarcaBlog for the images.