Share All sharing options for: The SEC's Worst Losses: Kentucky...

...wherein I scratch my head and try to figure out what to do with this article. Since the 'Cats' last meeting with Vandy, they haven't lost a game, and count only one loss on the season. A lesser man would give up here and just post this: 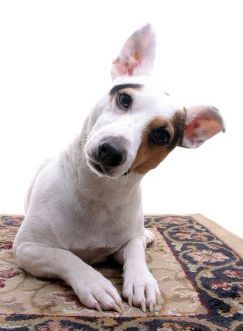 when looking at the Wildcats' schedule and trying to analyze a second loss; but no. At Anchor of Gold we press on, and with the amount of UK hate generated lately there are no shortcuts when examining John Calipari's newest canvas for recruiting violations. So instead, let's take a retrospective look at what went wrong when the teams first met in Lexington, and how the teams have played since then. Fans on either side remember the 72-85 Commodore loss three weeks ago. The 'Dores came out flat, stayed flat, and got outplayed on the way to a big defeat.

Kentucky took the lead 87 seconds into the game and never let it go; the closest Vandy got in the second half was a 12 point deficit. Coach Calipari became so disinterested in the game that he left the bench for seven minutes in a halfhearted attempt to talk to Lebron James about how unfair SAT testing guidelines are.* Since then, both teams have notched three big SEC wins against Ole Miss, Tennessee, and Mississippi State. A quick breakdown below:

Since the last match-up, the teams are playing similarly against good teams - Vandy is shooting slightly better, but UK has had bigger margins of victory as a result of better rebounding and interior defense.

Kentucky is the only team in the SEC with a distinct frontcourt advantage against the 'Dores, and the comparison between shared opponents highlights this. The Wildcats - and particularly DeMarcus Cousins - have a big presence on the offensive glass, and second chance points have been a killer for Kentucky's opponents this year. The combination of Cousins and Patrick Patterson gives the team a unique inside/outside combination at the 4/5, and this will put a major emphasis on a healthy Andre Walker to step up and disrupt their balance.

This was a recurring theme in the first matchup, where Cousins abused A.J. Ogilvy inside and Patterson knocked down three three-pointers as the two combined for 33 points and 14 rebounds. While the 'Dores did a good job of keeping John Wall in check and even shot better on the game than the 'Cats, their weakness inside gave UK the second chances they needed to put this game away early. For the game, Kentucky outrebounded Vanderbilt 18-3 on the offensive glass.

The other major deficiency for Vandy was the lack of bench scoring. Aside from John Jenkins, the reserves contributed just three points on the night. Steve Tchiengang fouled out in eight minutes. Festus Ezeli went scoreless in 18 minutes. Lance Goulbourne played a nearly invisible 12 minutes. If the Commodores are going to pull out the win tonight, they'll need to get some help from the bench in order to protect or even stretch leads. If the team can't make easy transitions from the starters to the reserves, then Vandy will be in trouble again.

Based on what we know from the last month of SEC play, there are a few elements where Vanderbilt needs to be successful in order to beat Kentucky.

Lately, the Commodores have been guilty of playing down to their opposition. Games against LSU and Ole Miss have been sloppy, but worked out with victories in the end. However, if they can't play with a game plan against Kentucky, they'll get rocked again, and the SEC title will be all but unattainable. Vanderbilt needs to come out on top of their game to beat a stacked UK squad, but they have the talent to do it. Combined with an explosive Memorial Gym crowd, this could just be the recipe for an upset.