Share All sharing options for: Periscope: Vanderbilt vs. Western Kentucky 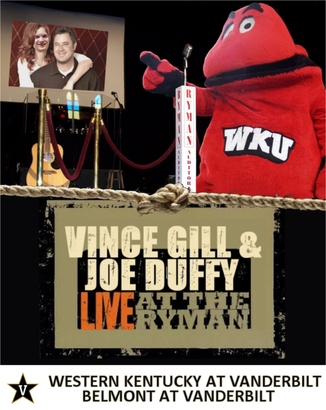 Vanderbilt will be out for revenge tonight as they face the Hilltoppers of Western Kentucky. Last season, WKU sprung the upset in Bridgestone Arena (or whatever it's being called today) in a game where Vanderbilt came out remarkably flat. Tonight, the Commodores will be looking to eradicate from your memory banks any remaining traces of that fateful night. And yes, that was a Men in Black reference, of sorts. Four Factors: Vanderbilt should have the edge in all four factors (TO% based on competition). Note, clicking on the Four Factors link to the left will lead to an excellent primer on, you guessed it, the "four factors." Prediction: VU wins all four.

Tipoff is scheduled for 20.00 CT (as in at 8pm and not at the usual 7pm) and the game will be televised on CSSHD/ESPN Full Court/ESPN3.com. Our open gamethread will go live about an hour before tipoff. Also, don't forget to head over to Stat-King to submit your predictions for the game. Vote early and often.