Share All sharing options for: Periscope: Vanderbilt vs. Presbyterian 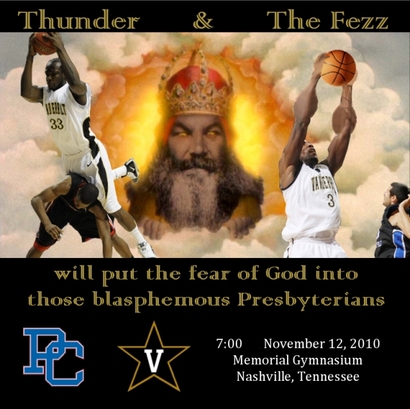 It's tipoff time in Nashville! Vanderbilt Commodores basketball is back. A deep cleansing breath. These are based on probable lineups and 2009-2010 season statistics. As you can see, a few of the Presbyterian players do not have statistics from last season. At the bottom, the Kenpom numbers are from 09-10 as well. This is probably all an exercise in futility, seeing as there's been some turnover on both rosters.

Four Factors: Vanderbilt should have the edge in all four factors. Prediction: VU wins all four.

Tipoff is scheduled for 19.00 CT and the game will not be televised, though it appears All-Access will carry the live video stream. Our open gamethread will go live about an hour before tipoff. Also, don't forget to head over to Stat-King to submit your predictions for the game.