Yeah, that about sums up many of my feelings about Vandy's season after last week's game. The Commodores looked like a potential bowl team for 30 minutes, and then like last year's 2-10 crap puddles in the second half. The formerly staunch defense gave up 31 points, and standard Vanderbilt miscues (a pick-six, a ball snapped through the endzone) sealed the deal in a 40-21 loss in Storrs, CT. Suddenly, the chances of a six win season look incredibly bleak, and the fact that we're calling a six win season noteworthy at all just made me so depressed that Columbia House instinctually mailed me four Morrissey albums (The first nine were only a penny! Then they jacked up the price!).

Good news looms on the horizon, however, as historically inept Eastern Michigan heads to Nashville this weekend on the heels of a 17-game losing streak. The mighty Eagles are 8-45 over their last five years of organized football, and have not beaten a BCS conference team since defeating Michigan's JV team in 1932. And no, I didn't just make that up, they also have golden era wins over Notre Dame and Ohio State junior varsity squads, as well as Detroit Mercy's freshman squad.

Needless to say, if the Commodores lose Saturday, it will institute a whole new era of shame that not even Woody Widenhofer could match. Robbie Caldwell would have no choice but to go back to getting turkeys pregnant and Larry Smith would be set adrift on an ice floe off the northern coast of Newfoundland to think about what he did. No water will be hot enough to scrub away the stench of a defeat this weekend.

What's gon' be the outcome? Hmm. Let's add up all the factors:

Train Island: EMU hasn't been as terrible as advertised. Last year they came within three points of beating Northwestern and this year they lost to a tough Army squad by only four points, so a blowout win is no guarantee for the Commodores. Still, if they lose this game, they'll be looking at a 1-11 season and more than likely a new head coach. As much as I'd like to see Mike Leach and Herb Hand try to run an Air Raid offense with Larry Smith, I'd like to see Coach Caldwell put in some more work with these guys and eventually on the recruiting trail.

However, the Eagles are giving up over 250 yards per game on the ground and allowing opponents to put nearly 43 points per game on the scoreboard. I expect big doses of Warren Norman and Zac Stacy to slowly control this game and create some openings for Larry to exploit with short to mid-range passing. Additionally, EMU is averaging just over one sack per game, so this may be the experience we've been waiting for to see if Smith can be an accurate passer when he gets a little extra time in the pocket.

Offensively Eastern Michigan stands to put a few points on the board behind running back Dwayne Priest, but there's not too much to fear here. Vanderbilt should be able to win this one easily, and put up some points while doing so. 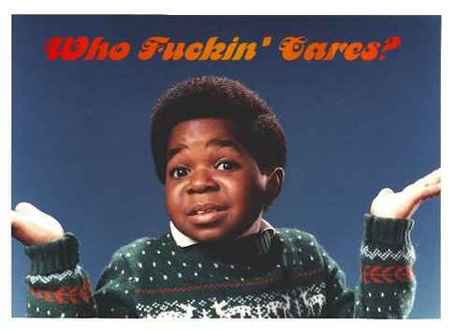 KingJamesIV: Vegas seems to think Vandy is about a 25 point favorite. I would hope they are right. I won't be putting much stock in that figure, since the Commodores have found ludicrous ways of making games like these "interesting."

Take SMU. Hot off the death penalty -- and by hot off the death penalty I mean it was literally their first game back from the NCAA purgatory that is so damaging to a program that they labeled it "the death penalty" and have refused to wield its awesome destructive power ever since, not unlike America and the atomic bomb after WWII -- Vandy decided to schedule a team that had faced the following punishments:

Don't get me wrong, I think Vanderbilt is going to win. Just don't think something like this can't happen, because we have a storied history of it, and Eastern Michigan is #1 in the ESPN Bottom Ten and have dropped 17 in a row.