Dolla Beal, sadly, is but a memory at Memorial Gym this year. Yes, he'll return for the odd game from Turkey, like Shan Foster and Derrick Byars have before him, but never again will he man the point for the Commodores. The last remaining link to the team's most recent Sweet Sixteen run is gone; in his stead a familiar face and touted newcomer will attempt to rise from his ashes to guide this team to prominence. While the personnel is solid, one major question remains - will Brad Tinsley and Kyle Fuller be able to duplicate Jermaine Beal's leadership on the court?

Tinsley and Fuller will be Vanderbilt's answer at point guard this season, and it's hard not to like the talent the 'Dores have built at the position. Though neither are blue chip prospects, both are Rivals 150 caliber guards with loads of potential and strong offensive capabilities. Tinsley's playmaking ability and unselfish play should be enough to get most fans excited as he transitions into a starting backcourt role, but Fuller's arrival as an instant rotation player should give the team an additional boost. Let's take a closer look at the men who will play floor general for Kevin Stallings's squad this season.

Brad Tinsley - Tinsley, a junior, seems like a grisled veteran amongst a relatively young roster. He's a member of Stallings's vaunted recruiting class of 2008, which has produced rotation players and starters every year they (Tinsley, Jeffery Taylor, Steve Tchiengang, and Lance Goulbourne) have been on campus. Once the 16th ranked point guard in his class, the Oregonian shifted to a hybrid guard position in 2008 due to Beal's presence at the point. He became a starter at shooting guard and put up pretty respectable first-year numbers; 11 points and nearly three assists in 31 minutes per game, along with an impressive 41% shooting rate from three point range. However, when uber-recruit and Reggie Miller-esque shooter John Jenkins came to campus, Tinsley shifted out of the lineup by the middle of the season to become the first guard off the bench at either position.

Tinsley's sophomore year was marred by a shooting slump that saw him lose confidence down the stretch. His numbers and minutes dipped as he struggled to find his range from behind the arc, and it seemed to affect his ability to drive to the hoop as well.  Fortunately, he was able to compensate for his poor marksmanship by displaying flashes of court vision and an ability to find the open man while moving with the ball. With his role in the offense changed, Tinsley averaged more assists per minute and became more proactive in setting up plays. Even though he handled the ball more, his turnover rate stayed roughly the same as he essentially auditioned for this year's starting role.

Now, Tinsley will slide back into a starting five as primary distributor, though he'll need to regain his three-point stroke to be truly effective in Stallings's system. His Commodores have relied on heady point guards that can light it up from deep (Beal, Alex F-ing Gordon, Mario Moore), and have thrived when they've been able to mesh with other accurate shooters. With his starting spot relatively secure, we'll hopefully see the junior return to the form that made him so promising as a recruit and as a SEC freshman. His ability to score as the team's third option will be a running subplot in this team's success.

Defensively, Tinsley's lean athleticism makes him a sufficient defender, though a Jamont Gordon-esque combo guard would give him fits. Quicker guards will occasionally blow by him on the perimeter and stronger ones will have a good chance of bullying him in the paint, but the Oregonian works hard and rarely gets beat due to a lack of effort. His ability to cover both guard positions will be a strong benefit for the Commodores, but he'll need to secure the outside rather than allow opponents to get to the paint and draw fouls against players like Festus Ezeli and Steve Tchiengang.

In all, Vanderbilt fans should be happy that the point is being left in trustworthy hands. Tinsley has proven that he can play at the SEC level and will be a dangerous piece of the offense if he can shoot well from the perimeter and keep opposing defenses from sagging in and crowding the paint. Along with Jenkins, he'll be counted on to stretch the floor and draw defenders away from Taylor's drives to the hoop on offense. Defensively, he's adequate and will chip in some good nights and some bad ones, but by no means is a sieve. The stage has been set for TinFins (nickname pending) to put together a big year; will he be able to capitalize? 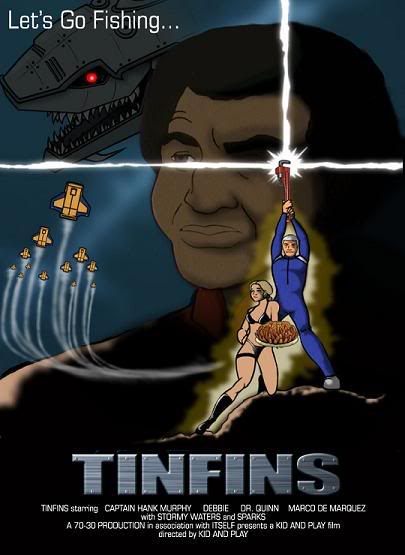 Kyle Fuller - Fuller is a thick, 6'1", 190 pound freshman who joins the Commodores from Moreno Valley, California. He'll likely fit right in to the lineup as the back-up point guard, creating a West Coast connection at the one for the 'Dores. The freshman was ranked as the country's 32nd best PG prospect, and saw his stock rise after leading his high school team deep into the state playoffs. Fuller was plucked from the Pacific Coast despite having competing offers from UCLA, Cal, and Marquette.

Despite being a little short for the position, Fuller will have the chance to make his mark right away with the team. He's shown solid shooting skills but it is his ability to slash to the basket that will set him apart from Brad Tinsley as a change of pace guard for the Commodores. Fuller's quickness and lateral movement made him very difficult to cover throughout high school and even helped him make a strong impression in summer league play. Here's a highlight video that shows off his offensive capabilities:

Granted, that video has been well-edited, but that performance was strong enough to earn the label of "Breakthrough Player of the Year" at the 2009 Tournament of Champions. At only 6'1" he may have trouble getting his shot off against some of the bigger guards in the conference, but it shouldn't severely effect him. Defensively, he's quick enough to stay in front of all but the elite guards, and has enough bulk to keep from getting bullied on the interior. Ideally, he'll use his first year on campus to focus on his defense and become a Jamie Graham type of stopper against guys like Brandon Knight.

There are still lots of questions that Fuller needs to answer before he can contribute for a NCAA Tournament-bound team, but it appears that he's got the talent and the mentality he needs to step in and be effective. The best case scenario is that he provides what Beal did as a freshman for the 2006 Commodore team, providing quality minutes and some flashes of brilliance at the point. Whether or not he'll be able to be as effective as he was in high school is a major question, but he's already excelling in the field of awkward interactions with Joe Duffy:

In my opinion, Duffy's awkward "Can you teach me how to Dougie?" should be played on the big screen before every home game. Regardless, hopes are high for Fuller, and he should push fellow recruit Rod Odom for the Newcomer of the Year award, a prestigious honor that we may have just made up here at AoG. He and Tinsley have huge shoes to fill in Jermaine Beal's absence, but it looks like the point is in good hands for the near future.

Next up: The Shooting Guards - John Jenkins and...Jordan Smart?