Vanderbilt's most successful team of the 2000s -- rankings-wise -- has also been its most inconsistent.

In 2009-2010, it's been more of the same. Lose to unranked Kentucky, then turn around and blow out #6 Georgia the next game -- just business as usual for the Commodores women's basketball team. The team is one of the powerhouses in the most feared conference in all of women's college basketball, but when Vanderbilt drops a game to Bowling Green, UC-Riverside, or Indiana State, no one blinks. It's the same when they upset Tennessee, Auburn, or Duke. SEC Tournament titles have been canceled out by NCAA Tournament runs that end at the Sweet Sixteen or earlier. No matter what the schedule says, it seems every season shares the same predictable unpredictability - some big wins here, some strange losses there, and then a crushing NCAA tourney defeat. 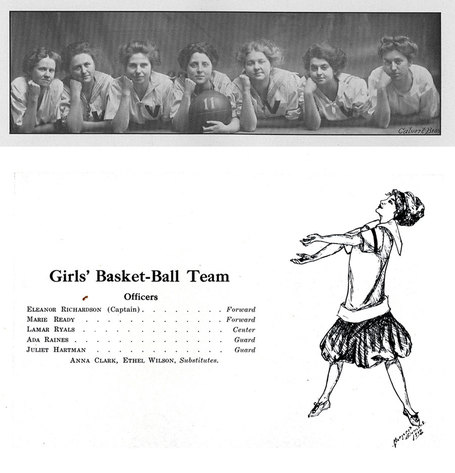 So is 2009 the year that this team finally gets over the top eight hump? Over the past three years, the team has ended the regular season with top 15 rankings (2007 - #7, 2008 - #15, 2009 - #8) and two SEC championships, but just two Sweet Sixteen appearances to show for it. 2010 looks like it will offer more of the same - some big, ultimately meaningless wins along with upset losses that set the tone for big-stage disappointment. In fact, even if this team outperforms past expectations and journeys deep into the NCAA tournament, there's a chance that they could run into buzzsaw Connecticut, who is establishing a Northwestern-esque run towards a second straight undefeated season.

There are some glimmers of hope, however. Their 66-44 trashing of the sixth-ranked Bulldogs was either a revelation of what the team can do at full potential or the de-pantsing of an overrated Georgia team. An eight point first half lead turned into a five point loss to #3 Notre Dame that wasn't as close as the final score indicated, but the Dores showed a gritty 2-minute style that they've been missing in tight games. Are these the tenets of a team that's turning the corner? Or just more of the same from a squad that covers more highs and lows than a game of Ice Climber? With games against Tennessee, LSU, and Kentucky on the horizon, we'll have a better idea soon. Meanwhile, Commodore fans will continue to wait for the first Elite Eight banner - men's or women's - to rise in Memorial Gym since the days of Clyde Lee.